'I'm glad I didn't have a party': Expectations vs reality of a birthday girl's cake

Celebrating your birthday during a global pandemic will be a smaller affair, but with bakeries and cafes open for deliveries nowadays, the quintessential element of the celebration — birthday cakes — is still available.

However, one birthday girl wasn't all smiles when she received her cake.

Tricia Yoo, 20, had pre-ordered a customised cake from a bakery in Toa Payoh for her birthday on June 9. The bakery has almost 4,000 followers on Instagram.

The cake was delivered at around 6pm on her birthday.

"When I first saw it, I was immediately very disappointed by how the lettering looked," the university student told AsiaOne.

"Then I opened [the sides of] the box and was even more shocked by the faces."

According to Yoo, the emoticon decorations at the side of the $75 cake were not shaped to be smooth circles and one of them appeared to have finger imprints on it. 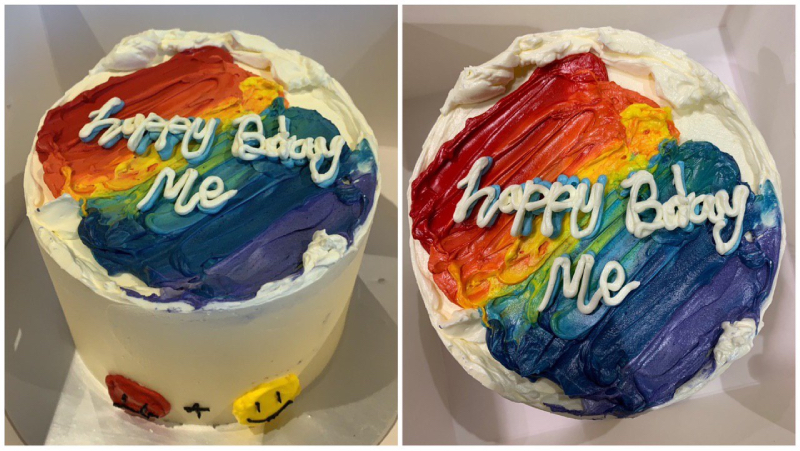 When Yoo placed her order on May 21 via WhatsApp, she had sent two reference pictures to the bakery.

According to Yoo, they had agreed on shortening the lettering on the cake from "happy birthday darling" to "happy bday me". No other discussions on the design were made. 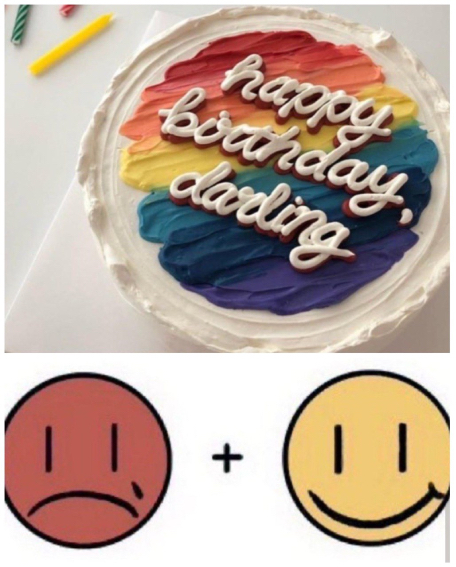 The reference photos that Yoo sent to the bakery on May 21.  PHOTO: Tricia Yoo

Shortly after receiving the cake, Yoo sent a WhatsApp message to the bakery expressing her disappointment.

AsiaOne has seen the conversation between Yoo and the bakery. The latter declined our request for comments.

In the exchange, Yoo pointed out how the cake looked like it was made in a rush, saying that the decorations were poorly done.

She then requested for compensation as the cake she received was not what she had expected from "an established baking studio".

The bakery tried to assure her that they did not rush through her order and suggested that they "did not interpret the aesthetics of the design" in the same way.

They also thanked her for the feedback and offered a 30 per cent refund.

"I wasn’t satisfied with the first response they gave me. They didn’t seem very apologetic and didn’t even address why the cake looked the way it was," Yoo told AsiaOne.

"The initial 30 per cent refund was too little, given what they delivered. That’s why I requested for more (50 per cent)."

While both parties had different opinions on the aesthetics of the cake, they eventually settled for a 40 per cent refund.

Yoo also told the bakery: "This cake was for my 20th [birthday] and I'm honestly glad I did not have a party as the cake was not presentable."

"Aesthetics is one thing but totally messing up a cake is another," the frustrated customer told AsiaOne.

"I do not want to bring down the shop, but hope they can reflect on the issue and improve themselves."

Despite her disappointment, Yoo took the experience in her stride: "I just wanted to share this pretty funny experience. I am disappointed but I guess it was a memorable birthday."