Publisher Marlinsons recalled this Primary 2 Mandarin textbook (left) after a symbol of a bloody pentagram (right) was found inside.

A Singaporean textbook publisher had to recall their Primary 2 Chinese textbooks after receiving feedback about a bloody pentagram symbol found inside the book.

Perceived to be associated with Satanism and occultism, the inverted pentagram regularly appears in pop culture as a symbol for the devil.

On Thursday (April 28), a Reddit user who found a bloody pentagram symbol in a textbook for teaching children shapes in Mandarin posted on the platform.

Publisher Marlinsons told AsiaOne on Friday that they were not aware that the symbol was satanic.

"We decided to recall our existing stock as we agree that it is highly inappropriate," the spokesperson said.

The publisher also said that they were "appalled by this grave mistake", reported website Coconuts Singapore.

In the book, which says "based on MOE syllabus" on the cover, the bloody pentagram symbol was used as an example of a shape.

"Two sisters in a kitchen bake cookies of all kinds of shapes," the textbook reads in Mandarin.

"Didn't know satanist symbols were part of learning Chinese [sic] for primary school students," read the title of a Reddit post which garnered over 500 upvotes.

"What, you think all those A's come naturally?" One user jokingly said.

Another user jested, "You wanted shapes? This gave you four in one. Star, circle, triangle, pentagon. Why are you complaining?"

Other Redditors made references to the drama that occurred when Joanna Theng compared the LGBTQ+ pride movement to anti-Christianity, comparing Marlinsons with Theng. 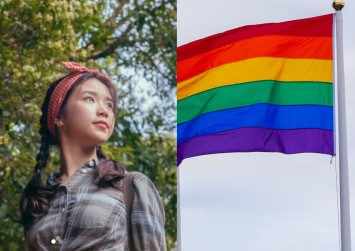 The publisher did not respond to AsiaOne's question about the number of copies printed. They only said that the existing stock of textbooks has been disposed, reported Coconuts Singapore.

"We pledge to exercise greater care and improve our quality inspection system to prevent such mistakes from being made in the future," Marlinsons told Coconuts Singapore.

From time to time, publishers do get into trouble when they publish books that send the wrong message.

In Malaysia, a Form 2 Moral education textbook appeared to imply that skaters were immoral, earning criticism from the Malaysian skateboarding community earlier this week.

In 2017, an Indian textbook publisher came under fire after the contents of their book included an experiment that required the suffocation of two small kittens.