For the first time, there will be an official Pokemon Centre outside of Japan, with Pokemon Centre Singapore set to open at the complex in the first half of next year. The store will feature merchandise created exclusively for Jewel.

Close to 90 per cent of the retail space has been leased at the 10-storey lifestyle destination, with a quarter of these being flagship stores and brands new to Singapore, such as popular Swiss artisan chocolatier Laderach.

Other brands confirmed to be tenants include A&W, Nike, Naiise, Supermama and Shaw Theatres, which will be bringing in an Imax theatre. 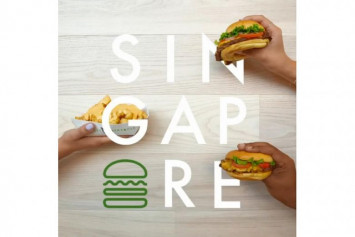 Designed by renowned architect Moshe Safdie, the 137,000 sq m Jewel will feature a distinctive dome-shaped facade made of glass and steel.

Jewel will also feature the world's tallest indoor waterfall measuring 40m as its centrepiece, snatching the title from the 35m-tall one at Gardens by the Bay.

Changi Airport played host to 62 million passengers who spent $2.5 billion last year and was this year named the world's best airport for the sixth consecutive year in a Skytrax survey.

She said: "We hope to showcase Singapore to the world, positioning it as the platform where local brands will be exposed to an international audience, while bringing new and familiar global brands to Singapore."