This made my day: Cabby goes out of his way to help mum of 3 despite heavy rain

Facebook user Noor Shakila recounted her heartwarming experience on Facebook with a taxi driver on a rainy Tuesday morning (Jan 12).

The old adage "After a rain, comes a rainbow" rang truer than ever for a Singaporean mother of three this morning (Jan 12).

Apart from the ever-present threat of the global pandemic, 2021 kicked off with heavy rain pouring all over the island, and this morning was no different. For Noor Shakila, the weather did not help when she was trying to find a taxi to send her three children to school, but a chance encounter with a kindly driver turned her entire day around, she shared in a viral Facebook post.

She found the taxi driver, identified only as Cai, after her first driver cancelled on her, she recounted in a mix of Malay and English.

Upon reaching the school of her two daughters, she realised she had forgotten to bring her umbrella to walk her daughters into the school. But Cai came to her aid, telling her to stay in the cab while he fetched his own umbrella and passed it to her.

He even watched her son, who remained behind in the cab. When she returned to the cab, her son “was already crying and whining”. Yet it didn’t faze Cai at all, Noor recalled.

She had initially planned to alight after arriving at her daughters' school, but ended up having to make two more stops — despite her lacking the cash to pay for the ride — as it was raining heavily at that point.

Fortunately, Cai accommodated the extra stops, even insisting on sending her son closer to his school so he would not get caught in the rain.

Read Also
This made my day: Temperature screener helps reunite lost boy with autism with his mother 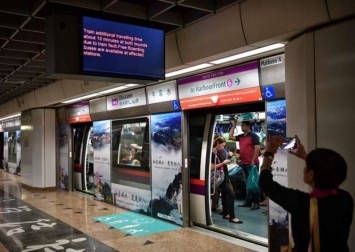 When he found out that Noor had a job interview, he went "the extra mile" she said, recounting how he immediately fished out his phone, stopped the cab at the curb of a road and proceeded to show her buses she could take to reach her destination.

As if the story wasn’t heartwarming enough, what Cai did afterwards moved her, Noor said. After he dropped her off back at her house, she was about to pay him for the journey but he suddenly stopped her and told her to just give him $10.

Replying that he was working to earn a living as well, she tried offering him $15, but Cai insisted on only accepting $10.

“You and I both are trying to get a job, so $10 is really enough for me. You also have to give your kids some money, so it is enough for me. Don’t worry, I also have kids. I know it isn’t easy," Cai said in Malay. He then left, but not before wishing Noor good luck for her interview.

Cai's kindness “literally [lit] up [her] day”, Noor shared, concluding her post by profusely thanking him.

"It's very heartwarming to know there are people who are willing to help you during this period of time."

My taxi driver deserve a praise🙌 This morning it was raining heavily. I couldn’t find a taxi. As soon I get one,it...

#Social media #Taxis #Good Samaritans #This made my day