A man with dual citizenship who earlier pleaded guilty to defaulting on his national service (NS) obligations has been sentenced to four months and three weeks in jail.

Basil Lim Boon Hoh, 28, holds both Singapore and Malaysian citizenships. The court heard that Lim - who is Singaporean by birth - was relocated to Malaysia when he was about a year old, but eventually returned to serve his NS in 2018.

By then, he had defaulted on his NS obligations for almost 10 years.

Lim was sentenced based on two charges under the Enlistment Act. Two other similar charges were taken into account in sentencing.

Court documents state that Lim had remained outside of Singapore without a valid exit permit for nine years, 11 months and 16 days.

His mother is a Malaysian, while his father, with whom he is no longer in contact, is a Singaporean.

While Lim was granted Malaysian citizenship in 2001, his mother still applied for a Singapore NRIC on his behalf in 2007 because she wanted him to have a choice in the future, court documents state.

Lim's father informed him of his NS obligations before he turned 10, but his mother told him when he was 16 that he could ignore these obligations as he had Malaysian citizenship.

Two notices were sent in 2009 to a Malaysian address that Lim's mother had provided to the Ministry of Defence's (Mindef) Central Manpower Base (CMPB). 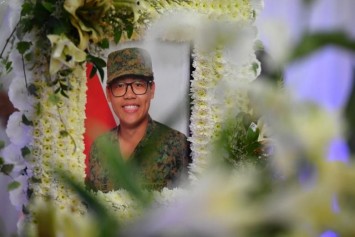 The notices required him to register online for his NS, and informed him that he had to report to CMPB. Lim failed to do so on both counts.

The court heard that during his time spent outside Singapore from 2009 to 2018, Lim had studied in the United Kingdom at the Imperial College London from 2010 to 2014, for a Master of Science degree specialising in physics.

Lim's lawyer also wrote to CMPB in 2016, requesting that Lim be allowed to renounce his Singapore citizenship. This request was rejected.

Lim then returned to Singapore in March 2018 and enlisted in August that year. He completed his NS in August this year.

The court heard that Lim now wants to keep his Singapore citizenship as he does not speak Malay well. He also intends to work here.

At a prior hearing, Deputy Public Prosecutor Sean Teh urged the court to jail Lim for five months and 18 days. DPP Teh argued that Lim had reported to CMPB at his own timing, and that his surrender was "tactical and calculated", and not out of "genuine remorse".

Meanwhile, defence lawyer Lim Kia Tong said in his mitigation plea that Lim's mother had hidden her son's NS obligations from him as she did not want him to return to Singapore.

Lim will begin serving his sentence tomorrow, and is currently out on $10,000 bail.

A total of 15 NS defaulters, including Lim, have been jailed since the High Court set out a sentencing framework for such defaulters in 2017.