There has been a steady rise in the number of cases of underage commercial sex over the years.

An underage girl was so desperate for male companionship and validation that she advertised in online sex forums for boyfriends.

Apart from having sex with them, she would also shower them with gifts and monetary favours.

Unlike her extreme case, other underage girls who seek out men online would trade their bodies in exchange for money or expensive gifts like luxury handbags and smartphones, say lawyers and youth counsellors.

Three criminal lawyers contacted by The New Paper were concerned by the uptick in such cases in recent years.

One of these cases made the news last week when a man, 42, was jailed for three months after he became the first person to be convicted for attempting to obtain commercial sex from a minor. He had offered a 16-year-old girl $500 for sex after seeing her online advertisement offering sexual services.

In a high-profile case a few years ago, 46 men were jailed for having paid sex with an underage prostitute. 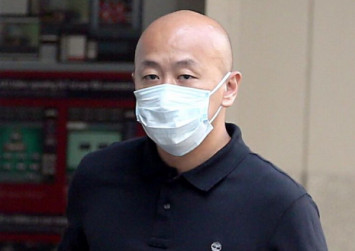 Lawyer Gloria James-Civetta told TNP that she now handles 12 to 18 cases a year of underage commercial sex after a steady rise of such cases over the years.

She said: "There are more every year. What is scary is the girls are below 16... They should respect themselves. They are not a commodity and need to be educated."

Another lawyer, Mr Rajan Supramaniam, said he sees at least 10 cases a year through legal consultations.

He said: "Some of it is under-reported. That is the disturbing part. Unless they are being traced or there is a tip-off, they are not reported."

Two out of five counsellors TNP spoke to have seen cases of minors offering sex online.

Both said most cases involved underage girls offering sex for gifts or money. In some cases, they have been influenced by bad company or involved in gangs and taught to sell themselves.

Most are emboldened by the belief that anonymity on the Internet makes it hard to track their activities, she said.

Another driver of such behaviour by young girls is external validation.

"People responding to their ads and wanting to engage their sexual favours makes them feel attractive and desired," Ms Chan added.

This was the case with the underage girl who sought out men and rewarded them for their companionship.

Ms Chan said her parents sought help from Touch about a year ago after finding out she was visiting pornographic sites and sexting in sex-related forums and chatrooms.

The girl started doing this five years ago, when she was 15, because she felt neglected by her parents who were loving but often busy at work.

She had at least eight partners in that period and would have sex with them and buy them whatever they wanted.

From the experience, she remembers and identifies the pleasure of sex with companionship, and believed that she couldn't do without a boyfriend."

In one case, a 15-year-old girl posed as a 23-year-old and chatted with older men, including a 27-year-old. Ms Teo said he offered her presents, which she took to be an early birthday gift.

"This girl is so young and gullible...With items instead of cash, it doesn't look like a transaction per se," she added.

Lawyer Amolat Singh said that in cases where a minor initiates sex, the adult accused cannot use it as a defence or to get a discounted sentence.

While some have argued that men need legal protection in such cases, Mr Singh said the law is paternalistic because it needs to protect who it considers to be vulnerable.

Agreeing, Mr Supramaniam added: "The vulnerability of minors is the critical factor."