Residents at SkyVille @ Dawson are concerned that their rooftop garden "has become the next Lucky Plaza", after an influx of foreign domestic helpers were allegedly seen gathering without wearing face masks.

In a post shared by Dawson SkyVille SkyTerrace's Facebook Page on Oct 31, it said: "Maids and foreigners come here to gather during their off days. The place is left dirty and litters all over the place, and [an] increase in noise levels."

Netizens also voiced their displeasure in the comments.

Speaking to reporters from Shin Min Daily News on Nov 7, a foreign domestic helper said she started having picnics at the rooftop garden with her friends about two weeks ago. They previously met at Lucky Plaza.

The 33-year-old added: "Since there's more people [at Lucky Plaza], the risk [of getting Covid-19] is greater. So, we chose to come here as it's a relatively quieter place."

A resident told the Chinese news outlet that he has been avoiding the rooftop garden on Sundays.

The 45-year-old said: "Maids would frequently bring their takeaway meals there. There's two children in my household who are unvaccinated, so we better be careful." 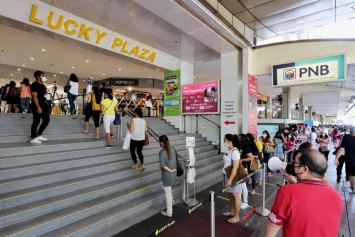 According to the Tanjong Pagar Town Council, the rooftop garden on the 47th floor of SkyVille @ Dawson is open to all members of the public, as long as they comply with Covid-19 safety measures, as reported in the Chinese news outlet.

They added that safe distance ambassadors have been dispatched to patrol the area regularly. Residents can also report any violation through the OneService mobile application.

In January, residents at SkyVille and SkyTerrace at Dawson expressed similar concerns after hundreds of partygoers flocked to the rooftop gardens to ring in the new year.