Choosing between the DPM or WP in GE2020: It's 'a bit unfair' for East Coast GRC residents, says Nicole Seah

It won’t be an over-exaggeration to call it the most surprising move that took place on Nomination Day when Deputy Prime Minister Heng Swee Keat showed up at the nomination centre for East Coast GRC. This was especially so as he had been serving the residents of Tampines GRC for his last two terms as MP.

Workers’ Party (WP) say that this is an “unfair” dilemma for the East Coast GRC constituents as they now have to choose between DPM Heng, who is widely tipped to be the next Prime Minister, or the WP members.

ALSO READ: GE2020: East Coast GRC is the one to watch with DPM Heng set to face off against WP's Nicole Seah

Speaking to the media, WP’s Nicole Seah, who is contesting for East Coast GRC said: “It is a bit unfair that the voters of East Coast GRC have been put in this personal dilemma where they have to make these decisions… and it’s going to be a very difficult one.”

When asked by Today what the impact on Singapore would be if WP did win East Coast GRC, Seah’s teammate Terence Tan said:” If you are to build an institution, is that institution supposed to just rely on one person?”, adding that there were many other capable people within PAP.

'Freak election' may wipe out the Opposition

Like everyone else, the WP team was also caught off guard when they saw Heng being fielded in East Coast GRC.

Read Also
GE2020: Nicole Seah is back in politics because of her daughter 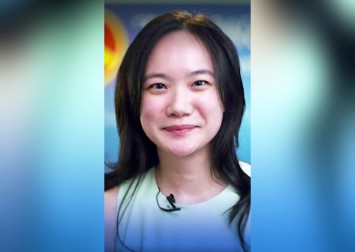 Said Seah: “That was relatively unexpected and it was a huge surprise for us. But I would say, the situation is what it is. It doesn’t diminish from the fact that the Workers’ Party team in East Coast GRC will still continue to put up a very strong fight regardless and we will not give up.”

She also said:” We recognise the very strong possibility that there is going to be a freak election result that might potentially wipe out the Opposition.”

“But at the end of the day, we respect the decision of the voters and it will just be our duty to stand up here and put up a strong battle,” said Seah.