NSF who drowned at Tuas View Fire Station was pushed into well by colleague, inquiry finds

SINGAPORE - Full-time national serviceman Corporal (CPL) Kok Yuen Chin, 22, was pushed into the pump well at Tuas View Fire Station by a colleague, in the events leading up to his death, a Board of Inquiry has found.

In the first detailed reconstruction of the tragedy that took place on May 13 this year, the Board's report highlights how a celebration that started with a cake and the presentation of a plaque ended in CPL Kok's death.

CPL Kok was on his last tour of duty before his operationally ready date (ORD) on May 16, the Board said in its report released on Thursday (Sept 13).

His colleagues at the Singapore Civil Defence Force (SCDF) held a celebration for him at the station's watch room to mark his impending ORD between 8.40pm and 9.04pm on May 13, the report said. He was presented with a cake and a plaque by the 23-man team from his Rota. 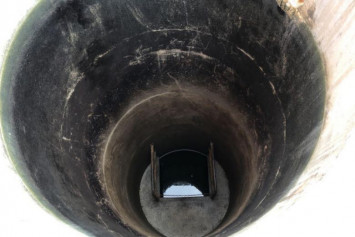 After the celebration, some members of the team carried CPL Kok, a non-swimmer according to his family, to the pump well, where he sat on the edge. At 9.07pm, one of the officers went behind him and pushed him into the well, the report said.

CPL Kok did not resurface after he had been pushed in. Eight seconds later, the first serviceman jumped into the well in an effort to rescue him.

Other servicemen also jumped in after that, but could not find him.

In frantic efforts to find him, the servicemen then used a fire engine suction pump to pump water out of the well, and those jumping in then used breathing apparatus in order to dive deeper into the well.

Eventually, one of the servicemen located CPL Kok within the well. The servicemen then worked together to use ropes to pull CPL Kok out. He was extracted from the pump well at 9.43pm, about 36 minutes after he had fallen in, the report said.

Paramedics then tried to resuscitate their colleague, but to no avail.

He was taken to Ng Teng Fong General Hospital and arrived at 10.13pm.

CPL Kok was pronounced dead at 11.02pm. An autopsy found the cause of death to be drowning.