Pei Shao Bo was caught after a student returning to her room confronted him.

SINGAPORE - A student has been jailed for six weeks for sneaking into hostel rooms at the National University of Singapore and stealing women's underwear.

Pei Shao Bo, 25, who was in his final year at NUS, trespassed on female-only floors in the hostel block and removed the undergarments from wardrobes.

He was caught after a student returning to her room confronted him, and he ran away.

It follows the high-profile case of Ms Monica Baey, who was secretly filmed by a male fellow NUS student while taking a shower at a hall of residence in 2018.

Pei pleaded guilty to three counts of theft. Five counts of criminal trespass and one of theft were taken into consideration in his sentencing. He was acquitted of another charge of possessing an obscene film.

The court heard that Pei had trespassed on the grounds of a hostel multiple times in January and February last year, stealing a variety of female undergarments for sexual gratification.

The Singaporean entered a female student's room on Jan 18 to steal a black brassiere. He returned the next day, and sneaked into another hostel room, where he stole one maroon bra and two pairs of panties. 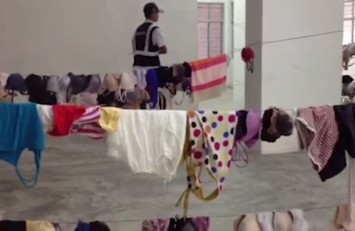 Pei went back to the hostel block between Feb 7 and Feb 9, and went into a third room, where he stole a nude La Senza bra.

The court also heard that Pei trespassed into a fourth room on Feb 8, and was caught red-handed by the returning female student. She reported it to campus security and filed a police report on Feb 13 after security managed to trace Pei, who was caught on closed-circuit camera.

Pei would bring the undergarments home and keep them in a drawstring bag, sometimes taking them out and touching them when he became aroused.

Deputy Public Prosecutor Kayal Pillay said that Pei did not live in the hostel block itself, but was familiar with its layout as he had resided there during orientation. The block was also midway between the laboratory building where Pei studied and the bus stop he used.

DPP Pillay added that Pei was "very careful" when he went into the rooms. The victims, who were not in the habit of locking their doors, did not notice that anyone had entered, and simply presumed the underwear had been misplaced.

DPP Pillay asked the court for the sentencing to take into consideration both deterrence and the gravity of the offences. 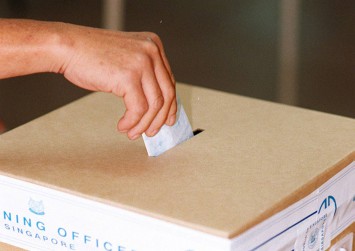 He said: "The accused intruded directly into their hostel room and violated a sense of security that any student, male or female, should have on university campuses. The sentence should take into consideration the mental harm visited on these victims that the accused had targeted their room and stolen their underwear for sexual gratification."

Pei's lawyer, Mr Joel Heng from Hoh Law Corporation, asked for a probationary sentence, saying his client was "remorseful as his hard work put into his studies in NUS was overshadowed and tainted by this case".

The court heard that Pei's actions had "destroyed his hard work" and resulted in the loss of his scholarship - which he has since been required to repay.

His mitigation plea claimed he had committed the string of offences as he was under stress and had recently broken up with his girlfriend.

But the prosecution said that such stresses were "part and parcel of life" and did not give him leeway to offend.

"In his mitigation, the accused's plea is bereft of any mention of the harm caused to his victims. It appears that what the accused is sorry for are the consequences to himself," DPP Pillay said.

"He cannot lay blame for his actions solely at the feet of life's stresses."

An NUS spokesman said that Pei had been hauled before the university's board of discipline in May. The board completed its inquiry in June, and imposed disciplinary measures on Pei, including a three-year suspension which will be reflected in his academic transcript, mandatory counselling, and rehabilitation and reconciliation sessions. These sanctions will be placed on his student conduct record with NUS.

Pei is currently serving his suspension, and is barred from NUS campus premises except when seeking treatment at the university health centre.

The spokesman added that the university had also extended support and assistance to the affected female students, adding: "NUS will spare no effort to institute strong safeguards against incidents of sexual misconduct. As a community, we will work together to build a culture of respect and a safer campus for all."

For each count of criminal trespass, an offender can be jailed for up to three months or fined up to $1,500. The maximum penalty for each count of theft is seven years in jail and a fine.