He set out the Singapore Food Agency's (SFA) priorities in Parliament on Tuesday (Feb 12) during the debate on a Bill that will pave the way for its formation on April 1 to oversee food safety and security.

Stressing that food security is fundamental to Singapore's national security, Mr Masagos said Singapore must not be overreliant on any single food source.

He recounted how Malaysia announced last December that it was considering limiting or stopping egg exports, and restricting exports of certain types of seafood.

It will not be the last time that Singapore faces possible disruption to its food imports, he noted.

"With the formation of SFA, we will continue to strengthen Singapore's food security and reduce our vulnerability to external volatility and price hikes," he said. "SFA will also continue to partner other government agencies to ensure basic food items remain affordable."

First, the SFA will build on existing work by the Agri-Food and Veterinary Authority (AVA) to diversity import sources, Mr Masagos said.

These sources have been expanded from 140 countries in 2004 to around 180 countries today, he added.

"We take for granted apples from Poland, bananas from Ecuador, and Mandarin oranges from China in our supermarkets. These are in fact the fruits of a deliberate strategy to diversify our food sources," said Mr Masagos.

He noted that food imports will remain the Republic's biggest "food basket" for the foreseeable future.

The SFA will also intensify efforts to grow the agri-food sector here, which is Singapore's second "food basket", he added. 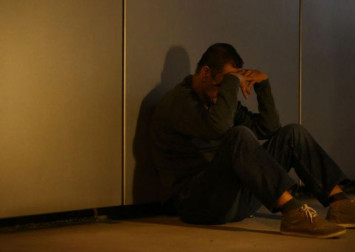 This includes educating the farmers of the future at local institutes of higher learning.

"The future of farming in Singapore has to be one that is technology and R&D driven, climate resilient and resource efficient with high productivity," Mr Masagos said, adding that Singapore is expected to expand further into having indoor vertical farms and deep sea fish farming in future.

As part of growing Singapore's third food basket, he said the SFA will continue to help Singaporean companies based overseas to access new and bigger markets, to bring down costs through economies of scale and reduce the price of exports to the Republic.

The SFA will take over the AVA's responsibilities with regard to food safety and security.

In addition, the National Environment Agency's job of regulating food hygiene at the retail level and the analysis of food samples under the Health Science Authority will come under the new agency. 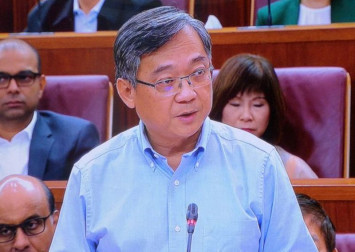 Twelve MPs raised questions and spoke on issues that included food safety, food labelling and production during the debate on the Singapore Food Agency Bill, which was passed on Tuesday.

Mr Ong Teng Koon (Marsiling-Yew Tee GRC) asked if Singapore would be able to import foods of similar quality and safety if its supply is curtailed by neighbouring countries.

Workers' Party Non-Constituency MP Daniel Goh asked if the SFA would be able to "mitigate rising food prices that fuel increases in cost of living" and address "household food insecurity".

"This is a focus of SFA, which will continue to contribute to whole-of-Government efforts to provide affordable food, accessible to all Singaporeans," he said.

#Agriculture and farming #local #Ministry of the Environment and Water Resources