'Religion doesn't get involved in politics': Singapore's first cardinal on working with and respecting the Government

Cardinal Goh was formally installed by Pope Francis at a ceremony in the Vatican City on Aug 27, 2022.

SINGAPORE — Singapore's first cardinal has set his sights on promoting religious harmony in Asia, through strengthening dialogue between the different religions.

Cardinal William Goh, who was one of 20 new cardinals formally installed by Pope Francis at a ceremony in the Vatican City on Saturday (Aug 27), said in an interview with The Straits Times before his trip that he hoped to bring to the region Singapore's unique brand of inter-religious dialogue.

For instance, the Archdiocese of Singapore will set up a research institute to look into methodologies on how to promote friendship with other religious leaders and share them with bishops in the region. These bishops have often asked the Roman Catholic Church in Singapore about how to get the different religions talking.

Cardinal Goh, who is also Archbishop of Singapore, said during the Aug 16 interview that the state of affairs in Singapore is not something that happens overnight.

He added: "The Government has always been conscious of promoting unity, giving the support without being the one who's driving it... The Government sees us as partners because, at the end of the day, we are building a better society, we want to live a harmonious life in Singapore.

This was not the case in some other countries where religion and politics are so closely linked that "sometimes you don't know where religion is, where politics is", he said.

He also noted that in some countries, the state can be "very oppressive with regard to religion".

His appointment comes as the local archdiocese celebrated its 200th year last year.

He is the first Singaporean to be made a cardinal — cardinals are considered the Pope's closest advisers and the Vatican's highest-level administrators. With the 20 new appointments, there are now 226 cardinals.

In the role, he will have to assist the Pope and is also expected to serve a wider role in the region.

Besides fostering inter-religious dialogue in the region, he hopes to engage civil society groups and promote ecology.

He also wants to expand the work of the Caritas Humanitarian Aid and Relief Initiatives of Singapore, the local Church's umbrella body for overseas humanitarian aid and disaster relief efforts.

His plans also include starting a Zacchaeus ministry, named after a tax collector in the Bible who was converted, to get more talented and wealthy individuals to get involved in helping others.

At the meeting on Saturday, Cardinal Goh, 65, took an oath of loyalty to the Pope and received a four-cornered red hat, or biretta, his document of appointment, and a gold ring stamped with the Pope's coat of arms.

He is one of six new cardinals from Asia — the others are from Mongolia, Timor-Leste, Goa and Hyderabad in India, and South Korea.

When his name was announced by the Pope on May 29, he was preparing a homily for the next day.

He received some text messages, but he thought it was "maybe another fake news". It was only when his phone started beeping non-stop that he realised it may be true.

Asked about why he was chosen, Cardinal Goh said: "The Holy Father never told me why he chose me."

He added: "I never desired and I never hoped to be a bishop or even a cardinal at all because I was very happy as a priest because I was ministering."

The Singapore-born Cardinal Goh is the youngest of five boys and one girl in his family. He lived in Hougang, which had one of the biggest Catholic populations in Singapore in those days.

His mother would often take him to Our Lady of Lourdes Church in Rochor and then Novena Church, where she went to pray every Saturday. The long prayer sessions often put the then four-year-old to sleep, but also awoke in him a love for praying.

Later on, at Montfort Junior School, he would go to church to pray before school and during recess time, while his friends were playing with marbles and running around.

"I'm not the playful type. I don't like to get myself all sweaty before class," he quipped.

"In those days, we were so poor, we didn't have much money to eat as well, so I went to church to pray." 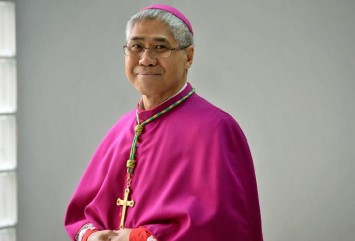 It was also poverty, in a sense, that led him to join a church group in school called the Crusaders which would meet on Saturday mornings to listen to Bible stories and play. He had wanted to join the Cubs or Scouts at school, but his parents could not afford to pay for the Scouts' uniform, which cost $4.

He was so impressed by the Bible stories he heard in the church group that he used up all his savings to buy a children's Bible when he was 12.

By Secondary 2, he decided he wanted to join the priesthood, but decided to wait until after national service to do it. However, he ended up joining Barclays bank at 21, where he was trained as a forex dealer.

His brothers and sister were all working in banks, and he had also started to doubt if he would be worthy enough to join the priesthood.

He got on well with the 30 colleagues in the bank and describes his time there as "happy". These relationships made it hard for him when he finally left to explore being a priest again, a path that would involve a life of sacrifice where he would be given only enough to sustain himself, and would have to take a vow of celibacy.

"I didn't want to live a life of regret, then after that get married and lament that I had not responded, because, I think, at the end of the day, the vocation is very important," he said.

Asked if his family supported his decision, he said: "Nobody forced me, nobody said 'no', nobody discouraged me, so I just went."

But the road to priesthood was not easy, and Cardinal Goh had thoughts of leaving many times, he said.

"I was always asking God, 'Aiyah, maybe I should give up, lah'," he said, chuckling.

"All these things are very human questions coming up... I'm giving my whole life, I'm not paid... Then you begin to think: After giving your life, giving everything and you are not appreciated, you are misunderstood or you feel there is so much opposition to what you are doing, then of course the tendency is to say, 'Aiyah, there is no point, then give up because why sacrifice your life in vain for people who don't appreciate you?'"

He eventually decided that as a priest, he had to love and serve without conditions, following in the footsteps of Jesus.

He was eventually ordained a priest in 1985 after completing his studies at the Pontifical Urbaniana University and the Pontifical Gregorian University in Rome. He returned to Singapore where he joined the St Francis Xavier Major Seminary. He was appointed archbishop in 2013.

"Of all the three aspects of the priesthood, ministering and preaching, I love, I enjoy," he said. "But governance, I don't quite enjoy because it's very difficult to please everybody, and governance, you're responsible for things that are happening, and it's not easy. When you have to make decisions, have to make a stand, take up a position, it is not easy."

Among his biggest challenges as archbishop so far are dealing with sensitive issues, such as closing the church during the early days of the Covid-19 pandemic, handling lesbian, gay, bisexual, transgender and queer (LGBTQ) issues, and responding to the sexual abuse of two teens by a member of a Catholic religious order.

Before the Government announced its plan to repeal Section 377A of the Penal Code, which criminalises sex between men, Cardinal Goh had said that the Church was neutral about the move as long as the rights of religious people to preach what they believe in are protected.

"I mean, for me, so long as I don't denigrate people, I don't belittle people, so long as I respect people... I think it is right for me to speak about my own convictions," he said.

Read Also
Section 377A to be repealed: MCI confirms its policies on LGBT content won't change 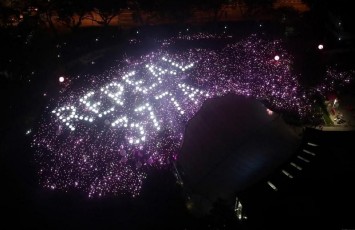 The Church has set up a group called Courage, which works quietly with LGBTQ believers who are struggling with their sexuality and have sought help to reconcile with the teachings of the Church. Courage also works with parents of these LGBTQ believers.

"LGBTQ, they are God's children as well, they should be loved, we should care for them, we should support them and help them to find peace in their hearts as they try to search for the will of God for them," said Cardinal Goh.

He added that there are also teachings in the Bible that he finds are "very difficult to follow", such as forgiving one's enemies.

Another is the prohibition of divorce. "Honestly, I mean, if you were to ask me as a human person... I can understand why a person is divorced. It's because it's terrible to live with someone who is a terror, you know, making your life miserable," he said.

Over time, the Church's pastoral approach has changed, even if its truths remain the same, he said. This means that the Church now approaches things like suicide, divorce and even LGBTQ relationships differently.

"With greater understanding of the situation, then the approach is quite different," he said.

He also said that contentious issues should preferably be handled with sensitivity away from the spotlight to avoid tearing society apart.

Another difficult issue he has had to handle was the sex abuse case involving a prominent member of a Catholic order that established schools here. The former educator was sentenced to five years' jail for committing unlawful sexual acts with two teenage boys.

Cardinal Goh, who was informed about the case in 2020, apologised on behalf of the Church, saying he was "dismayed, shocked, and ashamed" to learn of the case that occurred in 2005.

Asked about this, he said all such cases have to be reported to the Archdiocese Professional Standards Office (PSO), made up of qualified laymen such as judges, magistrates and former magistrates, and also non-Catholics.

"We report everything to them, I am at an arm's length. Whatever recommendation I accept because I want to be totally impartial and totally transparent," he said, adding that he had recently reminded all religious orders of the rule.

He also told the orders that they would have to report any case to the police and to him, and he would report it to Rome.

"It's better for the PSO to handle the case because it is totally transparent, totally properly professional, rather than for religious orders to handle their own cases," he said. "Total transparency, accountability for me are very important."

Cardinal Goh, who had a difficult family life, said he finds purpose in helping to heal people's hurts.

His parents were constantly bickering, and sometimes fighting, so he has "big sympathy" for those who are going through lots of difficulties in life and marriage.

"I only desire to be a priest because my whole perspective of life is to give hope to people, to make a difference in the lives of others, to heal the wounds, the hurts of people," said the cardinal, who once thought he may be unworthy for priesthood.

"If you were to ask me, well, as I said, in becoming a priest and later becoming a bishop and then becoming a cardinal is through the grace of God."