SINGAPORE - Students of River Valley High School (RVHS) were rushed into classrooms for their own protection on Monday (July 19) after a 13-year-old Secondary 1 student was allegedly killed by a 16-year-old from the same school.

Several messages went out on social media as staff and students tried to make sense of what was happening. Some students also called their parents, sobbing on the other end of the phone.

The Straits Times looks at how the day unfolded:

11.40am: Police receive a call for assistance at RVHS, which is located at 6 Boon Lay Avenue. Officers arrive quickly at the scene and find a 13-year-old student with multiple wounds in a school toilet.

The boy is later pronounced dead by a paramedic.

11.50am: Mr Huang, 43, receives messages from his daughter, a student at RVHS, telling him someone is allegedly armed with an axe.

He tells her to run to a nearby mall, but she is stopped from leaving the school grounds. She later tells him she is safe with the teachers.

He rushes over to the school from his home in Pasir Ris.

1pm: ST arrives at the school. A crime scene investigation van, an ambulance and at least four police vehicles are at the scene.

Students are supposed to be released for their lunch break, but are instead kept in their classrooms.

2pm: An ambulance is seen leaving the school. Students are ushered into the school hall for a briefing by staff.

Some students are allowed to leave school grounds.

2.25pm: A police car is seen leaving the school. 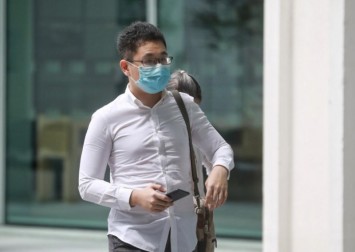 3.20pm: Staff lead students out of the school compound. Several parents are already at the school waiting for their children.

Students believed to be in the alleged assailant's Secondary 4 class remain in school.

4.30pm: Education Minister Chan Chun Sing posts on Facebook about the incident. The HSA van and police vehicles move to the back of the school.

5.20pm: Police issue a statement saying that a 16-year-old boy has been arrested and will be charged with murder. An axe is seized.

6.15pm: Students of the alleged assailant's Secondary 4 class are released.

6.30pm: Mr Chan speaks to the media at the school.

Past cases of campus attacks

An Indonesian final-year undergraduate, 21, fell four storeys to his death moments after he allegedly stabbed the supervisor of his final-year project in his office with a knife.

The alleged attack occurred on March 2, 2009 during a meeting to discuss the project with the professor. The student is said to have stabbed the professor from the back before falling from a bridge at the Nanyang Technological University (NTU) campus. 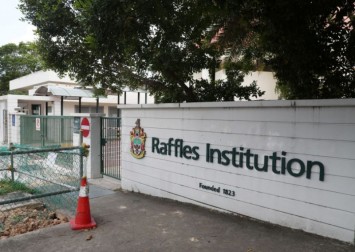 The student's death was ruled a suicide following a coroner's inquiry that spanned 10 days and involved more than 30 witnesses.

A then 17-year-old student slashed another teenager with a bread knife on the Institute of Technical Education (ITE) West campus on March 9, 2015 in an attack sparked by a dispute over the victim's girlfriend.

The lunchtime attack, which was caught on a video that was widely shared, left the victim with cuts on his left forearm, left fingers, upper back, and behind his left ear. The victim also suffered fractures in his forearm and two fingers.

The perpetrator was given reformative training following an appeal.