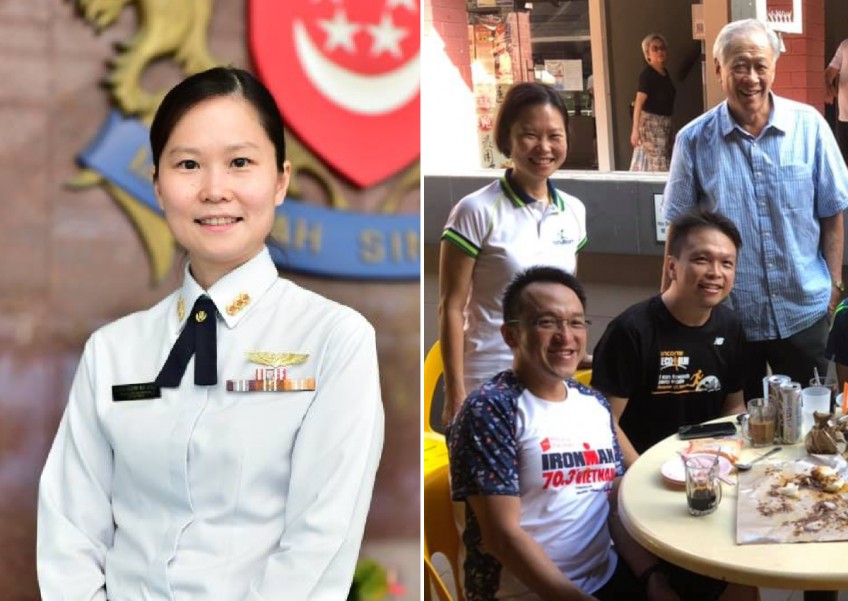 The jury's still out — but here's what we know.

Gan Siow Huang, 45, who reportedly resigned from her position in the SAF last week, set tongues wagging when she was spotted alongside Defence Minister Ng Eng Hen at a Bishan-Toa Payoh group representation constituency (GRC) walkabout on Sunday (March 22).

The pair visited Bishan North Shopping Mall with several other volunteers in tow, prompting speculation that Gan could be one of the candidates fielded by the People's Action Party in the upcoming general election.

She has been volunteering at Bishan North ward for "a few months", reported The Straits Times.

This comes amid reports that Manpower Minister Josephine Teo, who currently helms the ward, could be standing for election in Jalan Besar GRC instead.

Bishan-Toa Payoh GRC will be downsizing from five seats to four as Marymount is carved out from Bishan North to form its own single member constituency, according to the electoral boundaries report released on March 13.

Gan also attended a dinner organised by Bishan-Toa Payoh GRC in February where she and Member of Parliament Chee Hong Tat were seen greeting the residents at each table, said Lianhe Zaobao.

When asked at the dinner if she would be fielded in the upcoming election, Gan kept things vague, responding that she was currently serving the members of the public in her capacity as a volunteer.

Gan, who became the SAF's first woman general in 2015 was also the highest-ranking female before she resigned from her role as Chief of Staff-Air Staff last week.

She was one of the first women to receive the SAF Merit Scholarship in 1993 and was previously Commander of the Air Power Generation Command.

Besides an illustrious career in the air force, Gan's resume also boasts degrees from top universities.

She graduated from the London School of Economics and also holds a Master of Business Administration from the MIT Sloan Fellows Program.

She is married to Lee Jek Suen, a former Navy serviceman who now works in the private sector, and has three daughters aged 17, 13 and eight.