The Workers' Party slate of 20 candidates will likely sport fewer new faces compared with its last outing at the polls.

The Workers' Party (WP) looks to have set its sights on five constituencies in the upcoming general election, half the number it contested in 2015.

Its slate of 20 candidates will likely also sport fewer new faces compared with its last outing at the polls.

In the last election, the leading opposition party contested 10 constituencies, fielding 28 candidates, 16 of them newcomers. That was its largest contingent since 1988.

While the party continued to cover the ground in most of these areas in the past five years, it has narrowed its focus as the deadline for the coming election drew nearer.

Party members who spoke on condition of anonymity said the WP leadership has decided to contest Aljunied, East Coast, Marine Parade group representation constituencies, Hougang single-member constituency, as well as the new Sengkang GRC, in an attempt to consolidate its position in the east.

Since movement restrictions were relaxed after the end of Singapore's coronavirus circuit breaker period, the party's volunteers have, along with prospective candidates, hit housing estates in these areas.

In the past few days, volunteers and members in party blues were spotted knocking on doors and giving out fliers in Bedok Reservoir, Punggol, Paya Lebar, Serangoon and Anchorvale, for instance.

Meanwhile, of the other six constituencies it contested in 2015, Punggol East, Sengkang West and Fengshan no longer exist as single seats as they have been absorbed into GRCs. As for Nee Soon and Jalan Besar GRCs and MacPherson SMC, it is said the party has decided not to send teams there this time around.

WP barely held on to its Aljunied GRC crown jewel in 2015 with just 50.96 per cent of votes after a recount, and retained its Hougang stronghold with a smaller margin. It also lost Punggol East SMC, which it had wrested from the People's Action Party in a by-election in 2013. 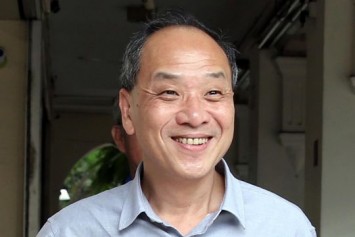 In the coming election, it will be going into battle for the first time with secretary-general Pritam Singh at the helm, after he took over from long-time party chief Low Thia Khiang in 2018.

It is unclear if Mr Low, who suffered a head injury after a fall at home on April 30, will stand for election again.

While the party has said he is on the mend and is undergoing rehabilitation, party sources who did not want to be named said he had been contemplating retirement even before his accident.

The party is also pushing ahead with self-renewal and was introducing new potential candidates to residents before the coronavirus pandemic hit, though it had not yet firmed up its slate at the time.

While the party has not unveiled its new faces, among those who have been seen on the ground are information technology professional Peter Tan; equity analyst Louis Chua; economics professor Jamus Lim; social activist Raeesah Khan; lawyer Fadli Fawzi, who is a town councillor at the Aljunied-Hougang Town Council; and advertising executive Nicole Seah, who was a National Solidarity Party candidate in the 2011 election.

At the WP members' forum earlier this year, Mr Singh had said that the party would field candidates "that the public can envision to become competent MPs and parliamentary backbenchers and who will manage their town councils well".