Facebook user Jonathan Mok, who said he has been studying in London for two years, posted two photos of himself showing his swollen left eye.

SINGAPORE - A Singaporean student is appealing for eyewitnesses after claiming that he was attacked by a group of men in London over coronavirus-related racism.

Facebook user Jonathan Mok, who said he has been studying in London for two years, wrote about his ordeal in the wee hours of Tuesday (March 3) on his Facebook page.

He also posted two photos of himself showing his swollen left eye.

He said that the attack happened at about 9.15pm on Feb 24 in Oxford Street after he walked past a group of young men.

He said that he turned around and looked at them after he heard one of them said "coronavirus".

The man then shouted "Don't you dare look at me, you..." and punched him in the face repeatedly as passers-by tried to stop the group.

Mr Mok said that another man shouted "I don't want your coronavirus in my country" before punching him in the face again.

The group fled before the police arrived. 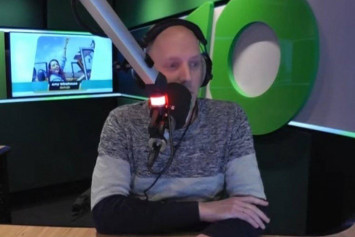 Mr Mok said he was told at a hospital's accident and emergency department that he had fractures on his face and might have to undergo reconstructive surgery to fix some of the bones.

"Why should anyone, simply because of the colour of their skin, be subjected to abuse, in any form, verbal or physical? Why should I keep quiet when someone makes a racist remark towards me," he wrote in the post that as since garnered more than 3,500 reactions and 2,000 shares.

He added: "Racism is not stupidity - racism is hate. Racists constantly find excuses to expound their hatred- and in this current backdrop of the coronavirus, they've found yet another excuse."

The Straits Times has contacted Mr Mok for more information.

Update: I appreciate all the support I’ve been getting and I’m glad that this issue has sparked a debate about racism....