The new legislation will first consolidate the different existing laws dealing with racial issues, such as the Penal Code.

The Maintenance of Racial Harmony Act was announced by Prime Minister Lee Hsien Loong at the National Day Rally on Aug 29, on the back of an increase in reported racist incidents and inter-ethnic relations coming under stress amid the Covid-19 pandemic.

Speaking at the launch of a community training programme called SG Core, or Cohesion and Resilience, Mr Shanmugam said his Home Affairs Ministry would introduce the legislation, which would first consolidate the different existing laws dealing with racial issues, such as the Penal Code.

Any additional measures would need to be carefully considered, he added.

"Because for day-to-day interaction in the market or in the hawker centre or in the lift, you don't want to bring all of them to court and then put them in jail, or impose a fine, or treat all of them as criminals," said Mr Shanmugam. "I think it will be an impossible situation. Instead of making things better, you'll make them worse."

Instead, the Government will work closely with the Ministry of Culture, Community and Youth and agencies such as OnePeople.sg, the national body promoting racial harmony, to consider a significant framework of non-punitive sanctions.

"So that when someone contravenes the norms, perhaps the person can be asked to go and do community service in the community that he has disparaged or hasn't understood properly," said Mr Shanmugam. 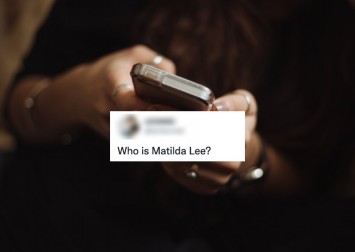 "And that might help in the greater understanding - without being punitive, and without having criminal records, and without shaming people.

"The focus must really be to try and get people to understand each other better, and get on better."

It is a similar approach as the Community Remedial Initiative under the 31-year-old Maintenance of Religious Harmony Act (MRHA), on which the new racial harmony law will be modelled.

Under this remedial initiative, offenders are given the chance to mend ties through a public or private apology to the aggrieved parties, or by taking part in inter-religious events.

PM Lee had also announced at the Rally that guidelines prohibiting employment discrimination - including along racial lines - would now be given legal force.

While laws can help address racism in both work and social settings, they would be meaningless if they stood on their own without support from the community, said Mr Shanmugam. 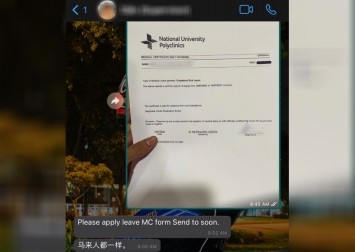 "If people think, 'I don't do it simply because there is a law', it's not good enough… what you want is a social norm shaping, for people's social norms to change and for them to genuinely understand and believe in multiracialism and multiculturalism," he added. "That's the ultimate goal.

"The law is just a guide rail, a way to get there. We have to continue to push for greater understanding, and greater tolerance, and the coming together of our own people through their efforts and the shaping, guiding hand of the Government."

Ground-up initiatives such as SG Core are thus extremely important in helping preserve multicultural harmony in Singapore, he told the 50 participants at its first session on Saturday. It was held at the auditorium of the Ministry of National Development (MND) Complex in Maxwell Road.

The four-hour programme is organised by non-governmental group Humanity Matters and supported by Temasek Foundation, as well as the SGSecure national movement to train the community against terror attacks.

It will pilot 20 runs up till April next year, aiming to draw voluntary sign-ups from about 400 national servicemen, officers and volunteers from the police, civil defence and uniformed groups in schools. 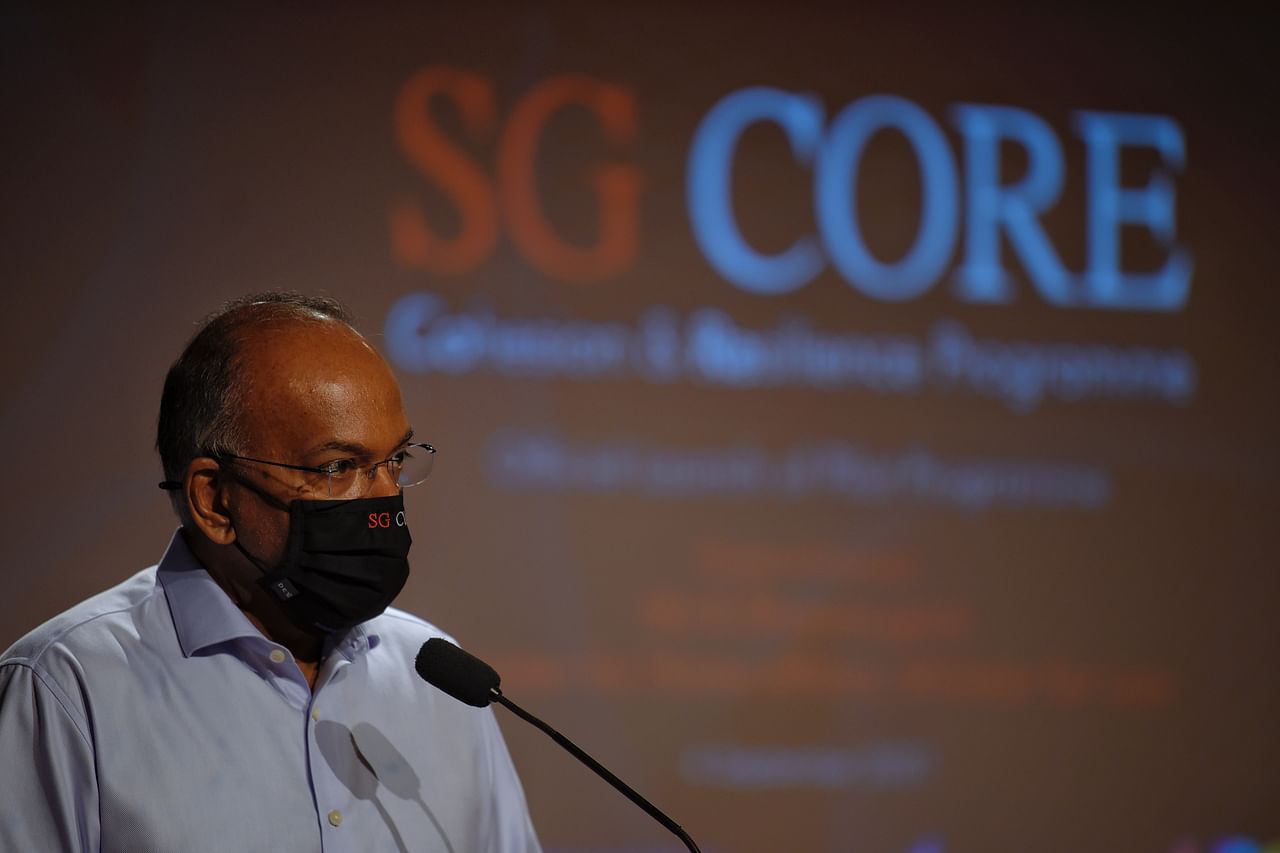 Law and Home Affairs Minister K. Shanmugam speaking at the launch of SG Core on Sept 4, 2021. PHOTO: The Straits Times

In three years, the plan is to open up SG Core to the wider public, starting with teachers and civil servants.

Ambassador-at-large Ong Keng Yong, who is chairman of Humanity Matters, said: "Given the recent and increasing incidents and interest relating to ethnic and faith discrimination and polarisation, both locally and globally, it is important that Singaporeans play a proactive and constructive role to counter external menaces and means that threaten the mosaic of our multicultural society."

The non-profit's special adviser Hassan Ahmad added that these challenges were evolving and intensifying due to the Internet and social media.

"So I think we also need to up our game to not just counter but also provide alternative narratives and an alternative approach," he added.

The SG Core programme kicks off with a tour of the Harmony in Diversity Gallery, located at the MND Complex, where the importance of interreligious peace will be emphasised.

Participants will then watch three videos produced by Humanity Matters and engage in dialogues after each viewing, guided by experts in interfaith and inter-ethnic relations as well as terrorism, extremism and radicalisation.

After completing the course, participants are enlisted into an SG Core Network, where they will have opportunities to do local community service or contribute to regional humanitarian relief projects. 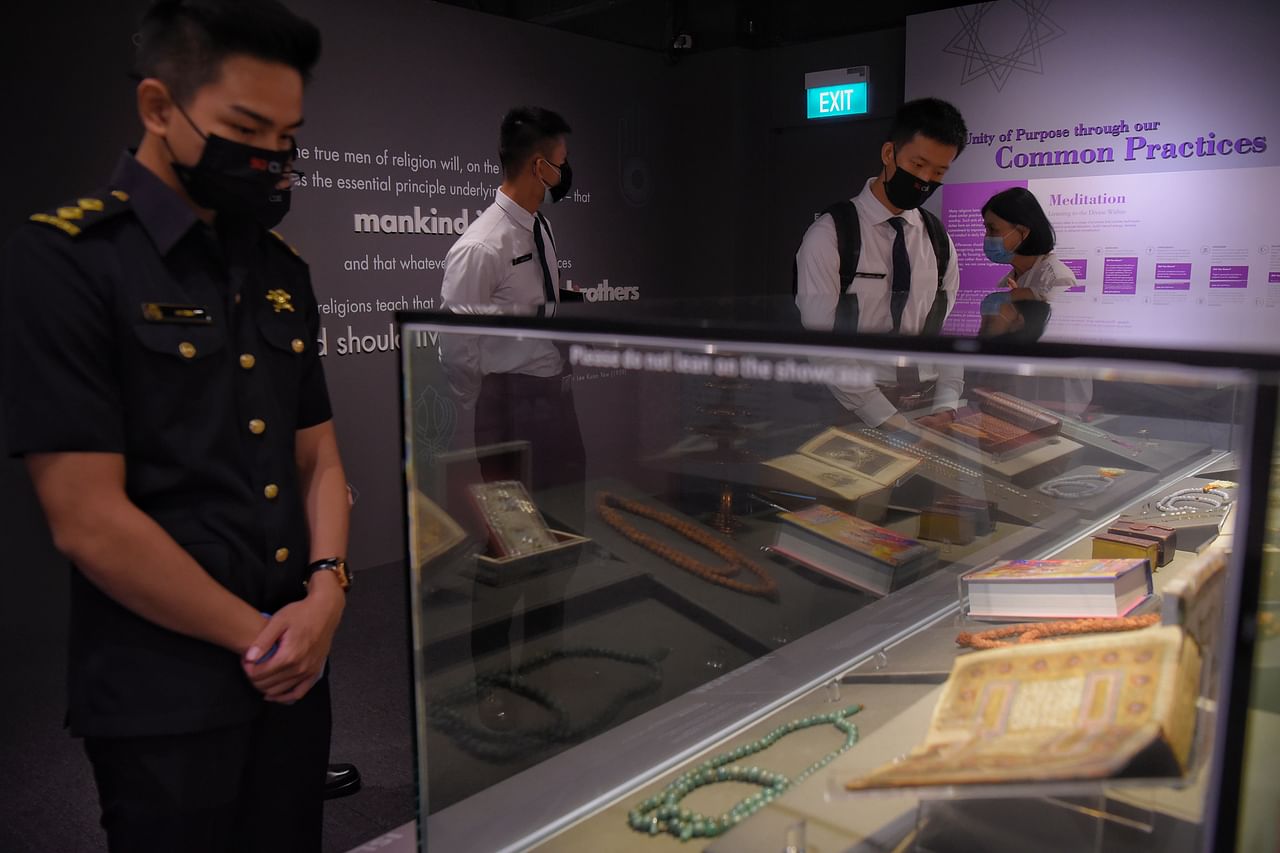 The SG CORE programme kicks off with a tour of the Harmony in Diversity Gallery. PHOTO: The Straits Times

Mr Shafiq Arifin, 29, an honorary lieutenant with the National Civil Defence Cadet Corps, said he was keen to share his newfound knowledge of these topics with his secondary school cadets.

"From there, they can go home and share with their parents and hopefully it'll spread," he said.

Ms Nicole Lee, 21, a sergeant with the police's Volunteer Special Constabulary, said she had come away with a better understanding of Singapore's unique multicultural model.

"I really learnt how to appreciate all these different races and religions in our country, and how to apply these lessons to contribute to national security."