SINGAPORE - Singapore’s ruling party named Alvin Tan, a former Facebook executive who represented the company in arguing against the government’s controversial fake news law, as a candidate in the upcoming July 10 election.

Tan, 39, is currently head of public policy and economics at professional networking site LinkedIn, the People’s Action Party said in a statement on Thursday. It added he has been a volunteer since 2005.

Tan was previously head of public policy in Southeast Asia for Facebook, which has been at loggerheads with the Singapore government over the online fake news law enacted late last year.

He made a written submission for the company in early 2018 to a committee studying online falsehoods, saying it did “not believe that legislation is the best approach to addressing the issue”.

He also represented Facebook along with its Asia vice president for public policy Simon Milner during a heated public hearing about the law before it was enacted. 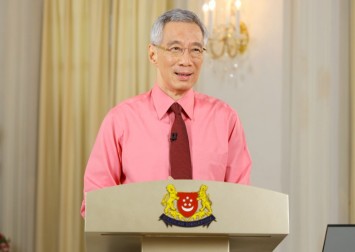 Rights groups are concerned the Protection from Online Falsehoods and Manipulation Act (POFMA) could be used to stifle free speech.

The government has said the law only tackles falsehoods and that legitimate criticism and free speech would not be affected.

Singapore’s Prime Minister Lee Hsien Loong has called an early election, saying he was satisfied a ballot could be held safely despite criticism that such a move might endanger voters during the coronavirus pandemic.

His estranged brother Lee Hsien Yang said on Wednesday that he had joined an opposition party, raising the prospects he may run in the election.

Separately, Prime Minister Lee said in a Facebook post that his predecessor Goh Chok Tong was not running in the upcoming elections, retiring after over 40 years as a member of parliament for the same constituency.