Third time lucky? Not for woman who spent $11,000 on 3 maids, including one who 'senses ghosts'

Lerine Chua claimed that the first maid (left) she hired was "problematic", while the third maid suffered from homesickness.

If you think you have trouble with your domestic helper, wait till you hear this woman's problems.

In a Facebook post shared on June 4, user Lerine Chua claimed to have spent well over $11,000 a year on three domestic helpers, including one who "cannot work" and another who said that she could "sense ghosts".

Airing her grievances in the Complaint Singapore Facebook group, Chua said she felt cheated after paying so much to one maid agency with no helper to show for now.

In the post, Chua wrote that the first foreign domestic helper (FDW) that she hired through Network Employment Agency last January was "problematic".

"She hid in the toilet [for] hours, broke many things in my house, unable to do housework because stomach pain, leg pain, hand pain, even her hair also pain.

"She woke up later than all of us and took one hour to do her hair treatment. She even told me she [could] "sense ghosts"," said Chua.

Unable to tolerate the maid's antics, Chua, 41, shared that she paid $5,000 to that agency for a replacement.

After two months without any updates from the Bukit Timah Shopping Centre-based maid agency, Chua shared that the second Filipino FDW went 'missing in action' and refused to come to Singapore.

A third maid from that agency lasted just 10 days because she complained of homesickness, Chua said, while accusing the agency of "doing nothing" to assist her.

"My husband had to catch the agency staff [by] waiting outside the ladies toilet together with the crying FDW," said Chua. "I had to call the police and the MOM (Ministry of Manpower) to seek their advice." 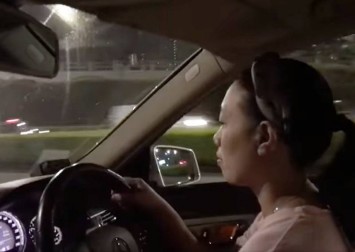 Chua told Shin Min Daily News that she had spent $11,000 in this protracted saga and the agency "only" refunded less than half of that amount to her.

She said that finding a maid had caused her undue stress.

"My boss fired me after being unhappy that I took too many days off," she added. "With all the pressure (of finding a maid), I had lost a lot of weight."

AsiaOne has reached out to Lerine Chua for comment.

When contacted by AsiaOne, a Network Employment Agency staff shared that they have "absorbed" half of the amount that the employer had paid for, which included the Covid-19 stay-home notice and placement fees.

The agency explained that the second maid's "disappearance" is due to her family's reluctance to allow her to work during the Covid-19 pandemic.

"We can't do much if they are really homesick," said the agency's staff.

"The maids were all chosen by the employer... but we are talking about a human here, so we won't be able to 100 per cent guarantee that it will all work out."

She added that they do provide help to maids who have trouble settling in.

Employers who change maids more than three times in a year are labelled as "Frequent Change Employers", according to information from the MOM website.

And Frequent Change Employers who wish to hire a fourth FDW will have to attend the Employers' Orientation Programme or go through an interview with MOM.