SINGAPORE - Historian Thum Ping Tjin has been asked to put up corrections to a video in which he asserted that Singapore's fake news law renders all criticism of the Government illegal.

Describing this claim and several others as false and misleading, the Protection from Online Falsehoods and Manipulation Act (Pofma) Office on Wednesday (May 13) issued corrections directions to Dr Thum as well as the New Naratif a website he founded.

Dr Thum had posted the video on New Naratif's YouTube channel on May 8 as part of his online video series The Show With PJ Thum, in which he analyses and criticises various government policies and actions.

Under the correction direction, initiated by Minister for Law K. Shanmugam, Dr Thum will have to run a correction notice alongside the video that provides a link to the facts on the Government's fact-checking website Factually.

The Law Ministry noted in a statement that the video itself will remain fully accessible to the public.

"Thus, members of the public will be in a position to view the video, read the correction notice and clarifications, and come to their own conclusions," it said.

In his video, Dr Thum had questioned the Government's real reason for Pofma.

He alleged that the law exists to silence critics and opposition, and is so sweeping that "even if one bit is found to be wrong or misleading, the whole statement can be considered false".

He also said: "The definition is so broad that the omission of a fact, accidentally or otherwise, is sufficient for something to be considered misleading. The problem is, it's impossible to include every single fact about anything in the statement. You can't! And even if you could, anyone could selectively quote it, so that what they quote is misleading. So under this law, every statement can be considered false in some way".

Taking issue with this, the Government said an entire statement will not be automatically considered false just because part of it is false.

It added that the legal criteria for establishing falsity of a statement have been developed by the courts over centuries, and "it is untrue to say that 'every statement can be considered false in some way' and be subject to Pofma".

The Government also reiterated that Pofma applies only to factual statements that are false, and does not apply to opinions.

Other claims of Dr Thum's that the Factually website singled out were that Pofma makes all criticisms of the Government illegal; there is no recourse in law for the courts to overturn a Pofma direction if it is an abuse of the powers under Pofma; and ministers from the ruling People's Action Party have the last word on the truth.

To these, the Government said Pofma does not cover criticisms which are opinions and not statements of fact, as well as criticisms that are based on true facts.

Read Also
Online plagues and spotting fake news: What games can teach us during the pandemic 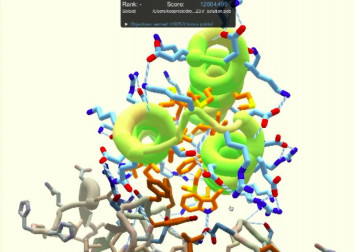 The Government added that the courts have judicial oversight of the exercise of powers under Pofma, and as such it is false to assert Pofma "means that the truth will be whatever the party says it is".

It also pointed out that the orders under Pofma are made by the Government, though Dr Thum had referred to "party".

Another claim Dr Thum made in the video was that the law had been used against the Singapore Democratic Party's (SDP) "interpretation of statistical data".

The Government said: "This is also false. The issue was not about interpretation of statistics. The SDP had made a direct, false statement."

The SDP had failed in its court bid to reverse the correction directions which it received in December last year over assertions that a rising proportion of Singapore PMETs were getting retrenched. Statistics from the Ministry of Manpower had showed otherwise.

Responding to Dr Thum's comments on the issue, the Government on Wednesday said the High Court had found there was no basis for the directions to be set aside because the SDP had made false statements of fact.