Singaporeans might have a new penchant for naming and shaming those who flout circuit breaker measures, but some netizens were not too pleased when one woman tried to call out attendees at a funeral wake in Ang Mo Kio.

Sharmila Sivarajin took to Facebook on May 26 saying that people at the wake had been smoking, drinking and flouting safe-distancing rules, and urging the town council and Neighbourhood Police Centre to look into the matter.

She shared a photo which shows at least four people sitting in a cluster at a void deck, one of whom appears to be holding a cigarette.

She wrote: "Not being a racist or whatsoever you think about me... But come on… We are going through circuit breaker and the rules applies to all... Right? [sic]"

According to Sharmila, there were eight to 10 round tables set up at the wake, with 10 chairs around each table. Each table was "filled with people". Some attendees were not wearing their face masks properly as they were smoking and consuming alcohol, she added.

According to the National Environment Agency (NEA), funeral wakes should only have 10 or fewer people in attendance, excluding essential-service workers of the event.

Attendees should be limited to family members whenever possible. They are also required to maintain a safe distance from each other.

Referring to the woman who was charged in court on May 22 for leaving her house to meet her boyfriend, Sharmila said: "A female got such a weighty punishment for visiting boyfriend and not wearing mask proper right? Now tell me what's the action for this going to be? [sic]"

The post elicited mixed reactions, with some supporting the woman and calling for the wake to be reported to the authorities. 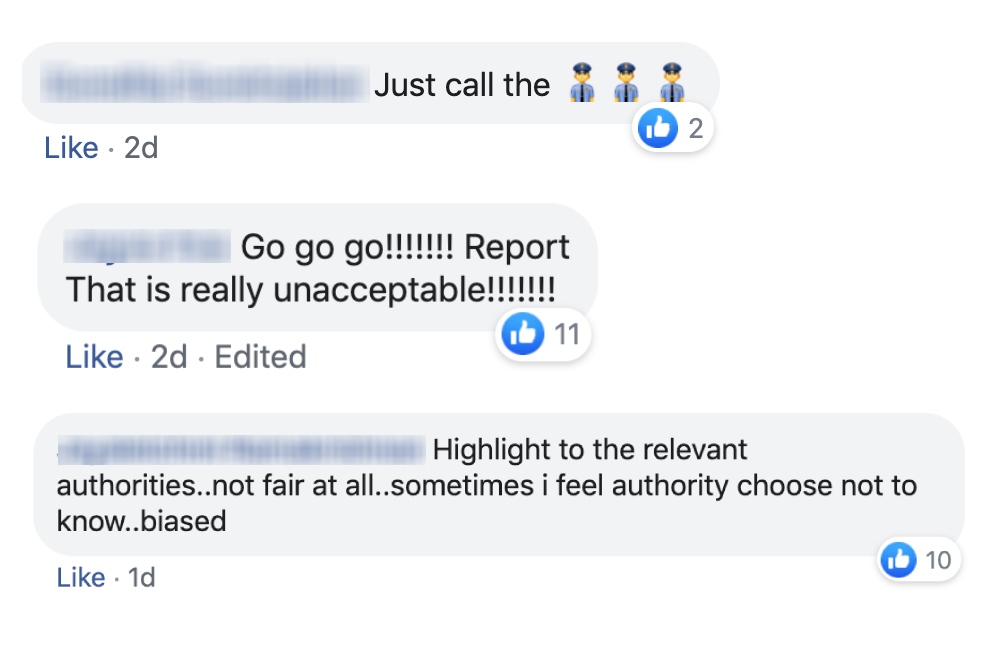 However, many felt that it was inappropriate for her to take her complaints online. 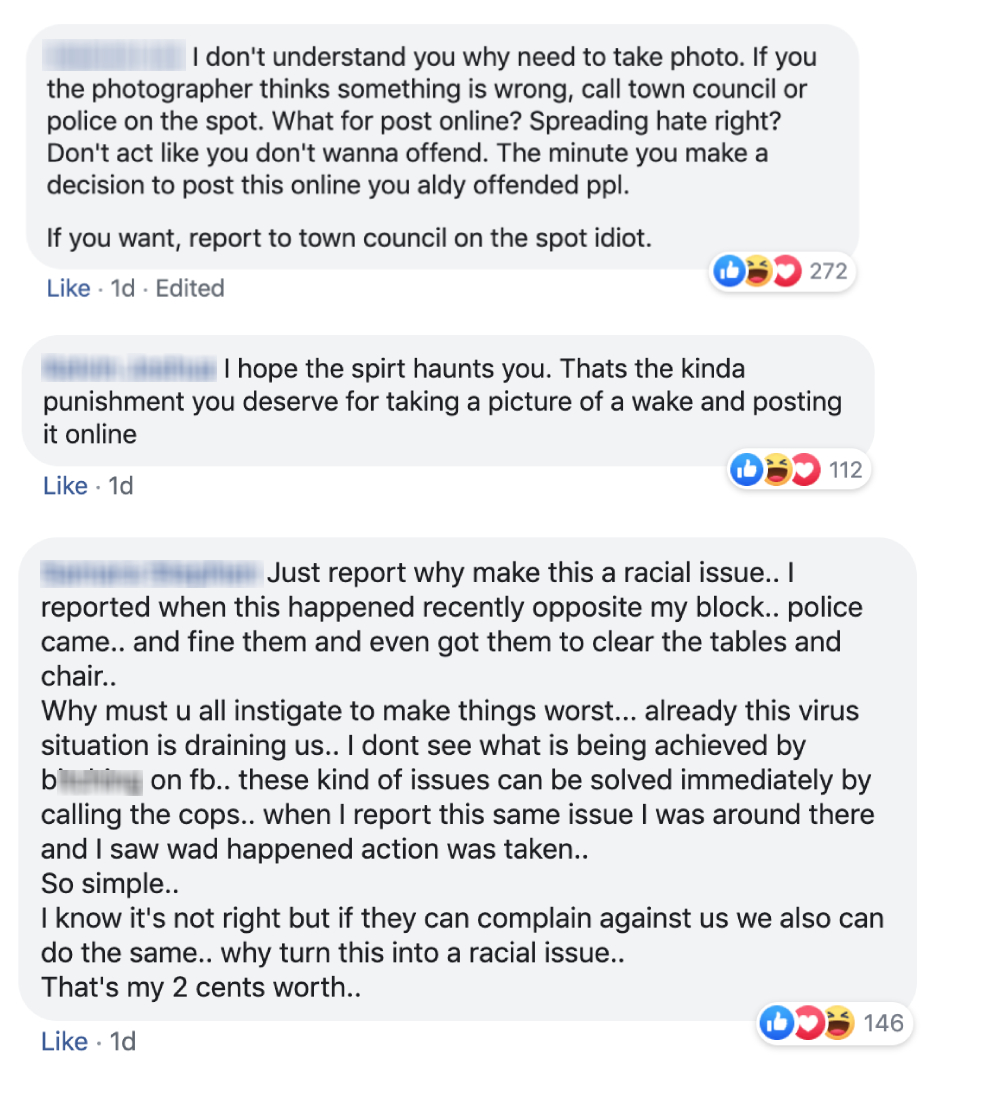 NEA had released a statement on May 20 urging members of the public to be sensitive towards bereaved families after images of multiple guests attending a wake in Clementi were circulated on social media.

Members of the public should refrain from sharing photos or videos of funerals or wakes online. Instead, any breaches of circuit breaker measures should be reported through the OneService app, NEA said.

This is not the first funeral that has become the target of online vigilantism in the circuit breaker period.

Earlier this week, the niece of a deceased woman took to social media to clarify that her family had implemented safe-distancing measures and temperature checks after a video of her aunt's wake in Tampines made its rounds online.

AsiaOne reached out to Sharmila for more information but she has not responded at the time of writing.