Evelyn Eng, the owner of Green Circle Eco-Farm, has created a petition to 'save her food forest'.

She has spent more than $700,000 of her own retirement savings on building a farm in Lim Chu Kang from scratch in 1999, but for Evelyn Eng, it is not just about the money.

"It's such a waste of potential (of the farmland) if everything here gets bulldozed," said this 78-year-old in an interview with AsiaOne.

Once littered with plastics and building debris 23 years ago, the 2.2-hectare land (equivalent to the size of four football fields) along Neo Tiew Road that Green Circle Eco-Farm currently sits on is now capable of producing organic vegetables with "sustainable farming methods", she said.

But for this farm, the end is near.

The 20-year lease on the land of this farm ended in 2019 and while it was given a short lease extension due to the pandemic, the land will have to be returned to the government in three weeks time, said Eng.

This farmer also said she would not be compensated by the authorities either.

To Eng, this farm wasn't just an income source, it was also a retirement home for her and her husband. They have since moved out earlier this year when their home faced persistent issues with plumbing and the electrical wiring.

Time is running out not just for Green Circle Eco-Farm but for 62 other farms in the Lim Chu Kang area.

These farms – which include food production, ornamental fish and bird farms, as well as orchid nurseries – were slated to clear out by end-2021, as the land they sit on will be redeveloped for military use.

But with the Covid-19 pandemic disrupting relocation plans, the farms were granted a final lease extension of up to 14 more months to find a new home, CNA reported in September last year.

Green Circle Eco-Farm was ordered to pack up and move out by July 31, according to Eng.

After a latest written appeal to get another lease extension was rejected by the authorities, the veteran farmer said that she has exhausted all means to save her "food forest".

In an email sent to Eng on April 25, the Ministry of Sustainability and the Environment (MSE) said that they were unable to extend her tenancy "any further" due to the planned development works.

Petition to 'save the food forest'

Faced with the prospect of losing her farm with just weeks to go, Eng created a petition two weeks ago to raise awareness about the work she has done towards sustainable farming. More than 3,500 people have signed the petition to date.

While clarifying that the petition is "not to further her business operations", Eng has called for SFA to take over the farm to "preserve its food forest".

In her petition, Eng also argued that the farm has a biodiverse ecosystem with many varieties of plants, diverse species of birds, reptiles, plantain squirrels and even civet cats.

"Over the last 20 years, we have perfected natural farming in a way that restores a natural habitat for native Singapore wildlife while simultaneously serving as a productive and nutritious organic food source for Singaporeans," said Eng.

Declining to disclose how much she makes from the farm, Eng said the number of customers buying their vegetables had declined due to a change of eating habits since "they eat for convenience".

Adding that there was also no extra revenue from educational tours due to Covid-19 safe distancing measures, she said: "They are picking up now, but there's a sword hanging over our heads."

But Eng highlighted the farm's  "scientific and economic sustainability value" which can yield "significant productivity" of organic products – some 120 varieties of kampong perennial vegetables, flowers and herbs – with minimal maintenance required.

Adding that she does not intend to dwell on the future of Green Circle Eco-Farm, Eng said: "I'll probably take three months to recover mentally and go on with life (if the petition is unsuccessful). Right now, all my energy is focused on getting many people as aware as possible.

"It's such a waste (to lose) all the labour-saving methods in our way of farming. And sad (to think about) the prospect of not being able to eat my own cultivated vegetables."

In its replies to Eng, MSE said that the farms affected would "have had the opportunity" to bid for new farmland if they were keen to continue in the industry but it noted that "Green Circle did not take part in the tenders."

While she has considered MSE's suggestions to relocate, uprooting Green Circle Eco-Farm from its current site would be costly, highly-complicated and labour-intensive, Eng pointed out.

"We would have to start [the] same process [as we did] 22 years ago. So hard to build soil to support thriving ecosystems, she said, adding that she currently employs two staff – a part-time accountant and another to "keep the farm going minimally".

AsiaOne has contacted the Singapore Food Agency (SFA), a statutory board under MSE, for comment.

Back in 2020, the SFA said that Lim Chu Kang will be transformed into a "high-tech agri-food cluster" which is part of their long-term vision for farms there to produce 30 per cent of Singapore's nutritional needs by 2030.

Spanning over 390 hectares of land, development works are slated to commence in 2024, SFA added.

Tenders were awarded to companies based on several criteria including production capability, production track record as well as innovation and sustainability, the Straits Times reported in March 2021.

Read Also
Tired of city life? Here are 11 family-friendly farms in Singapore for a one-day getaway 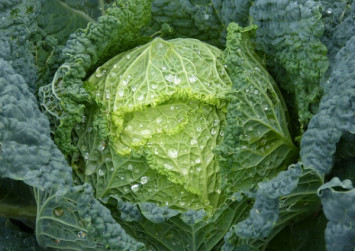 These companies included vegetable farms Nextgen Farms and Livfresh in Sungei Tengah, as well as goat farm Hay Dairies. The latter was awarded the tender for one of three land parcels at Lim Chu Kang, the Business Times reported in Jan 2020.

Despite winning the tender with a bid of $500,000, Hay Dairies rejected the plot of land due to construction costs and a 20-year lease that is insufficient to cover the cost of their planned high-tech farm, Today reported in April 2021.

Even the new government fund to support local farms in adopting technology would not be enough to help them with the cost, the company's owner, Leon Hay said at that time.

While the land that Green Circle Eco-Farm currently sits on is not included in the master plan, Eng told AsiaOne that achieving high food productivity would "come at a high cost".

"Not only in terms of a lot of money being spent on infrastructure, but we'll be adding more concrete to the land," she said, adding that urban farming projects on "vertical buildings" which SFA has proposed can contribute to climate change.

ALSO READ: What Singapore is doing to boost food security, from urban farms to homegrown vegetables