Are you tired of reading all about what you should or shouldn't do with your Credit Card? We're pretty sure you already know that you should be paying your dues on time, not maxing out your credit limit and trying your best to not slice the webbing between your fingers with your card.

If you've ever taken to social media gaming then you probably know how addictive it can be. And back in the day (which really wasn't that long ago), you'd be hard-pressed to find a game more addictive than Farmville.

Read Also
What to do if you experience credit card fraud while travelling? 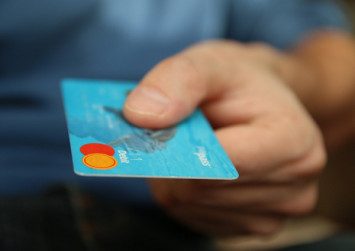 For all of you unfamiliar with this game, it essentially gave people who played it a sense of accomplishment by tending to an online, virtual farm. All in a day's work for couch potatoes around the world who consider reaching for the remote a monumental feat of labour.

However, there have been many cases of kids literally swiping their parents' Credit Cards to purchase virtual 'rewards' or to get to the 'next level' in whatever social media gaming platform they've been taken in by.

In fact, there was a particularly famous incident of a child who used his mother's Credit Card and charged it for a whopping 1,400 USD so he could 'level up' in Farmville. If this isn't reason enough to keep your Credit Cards away from the clutches of your children, we don't know what is. Because if you don't, in true Farmville tradition, you'll reap what you sow.

Here's another harrowing tale of Credit Card negligence that will surely make you think twice the next time you make hotel bookings online.

He finally came across a hotel that ticked all the right boxes, right from the price to the amenities available, and decided to pay the advance fee (which was a fraction of the actual cost) to reserve the selected rooms.

As is normal procedure with many hotels around the world, he had to provide his Credit Card details to make his booking and a mail was sent to him stating that he could cancel his booking for free up to 24 hours prior to the check-in date. If he failed to do so, his card would be charged the entire two-week fee regardless of whether he and his family showed up or not.

As luck would have it, a sudden emergency led Murphy to cancel his family's vacation plans. Unfortunately for him, he didn't bother reading the email the hotel sent him and assumed his card wouldn't be charged since he didn't show up.

Well, you can certainly guess what happened next. That's right! A whopping Credit Card bill for hotel rooms he didn't use. Call it Murphy's Law or call it plain ignorance, but the next time you make hotel bookings online, be sure to read the terms and conditions. That way there's no 'room' for error.

You've probably used your Credit Card tons of times to shop online. In fact, using Credit Cards to shop online is so common now that it's practically become second nature to people, putting it right up there with breathing, eating and pretending life is great.

But every now and then, especially since we don't give online shopping a second thought, oversights tend to happen and we end up messing up our order, sometimes quite drastically.

This is exactly what happened to Anand (yes, that's his real name) when he ordered a pair of shoes off a shady looking website. Being the cheapskate that he is, he decided against buying a branded pair of shoes from a reputed online store and instead placed an order on an unsecured webstore so he could save a few hundred rupees.

As most people will tell you, ignorance and arrogance are a terrible combination. Not only were his Credit Card details ultimately siphoned through this shifty webstore and used for nefarious purposes, but the shoes that eventually reached him looked like Bigfoot used them to hike all across the Andes Mountains.

Remember, stay safe and use only trusted websites to make purchases. It's good for the 'sole'.

This article was first published in BankBazaar.