'Allies owe each other respect,' Macron says of Trump tweets

PARIS - President Emmanuel Macron said Wednesday that "allies owe each other respect", after he was assailed on Twitter by US President Donald Trump after his visit to France for World War I commemorations.

"I think he's doing this for American politics," Macron said in a televised interview on board France's Charles de Gaulle aircraft carrier in the Mediterranean Sea.

"At every crucial moment in our history, we have been allies," he said citing France's role in America's independence fight as well as US participation in two world wars and the joint fight against jihadists after the September 11, 2001 attacks.

"And allies owe each other respect, and so I don't want to hear all the rest," he said.

"I think that's what the French expect from me, not to respond to tweets but to remain committed to pursuing this important history," he added. 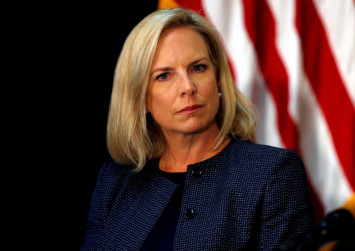 Macron apparently drew Trump's ire by starkly rejecting nationalism during the WWI ceremony at the Arc de Triomphe last Sunday, animplicit critique of the "America First" policies which have led Trump to pull out of several key international agreements.

On Tuesday, Trump fired off a caustic series of tweets against his weekend host and renewed his frequent charge that America's European allies in NATO spend too little on defence.

"The problem is that Emmanuel suffers from a very low Approval Rating in France, 26 per cent, and an unemployment rate of almost 10 per cent. He was just trying to get onto another subject," Trump posted.

But Macron said the flap would not shake the strong co-operation between the two countries, in particular their joint military actions,in particular against jihadist terrorism.

"Every day our soldiers fight together, risk their lives together - that's the most important decision you take when you are president," Macron said.