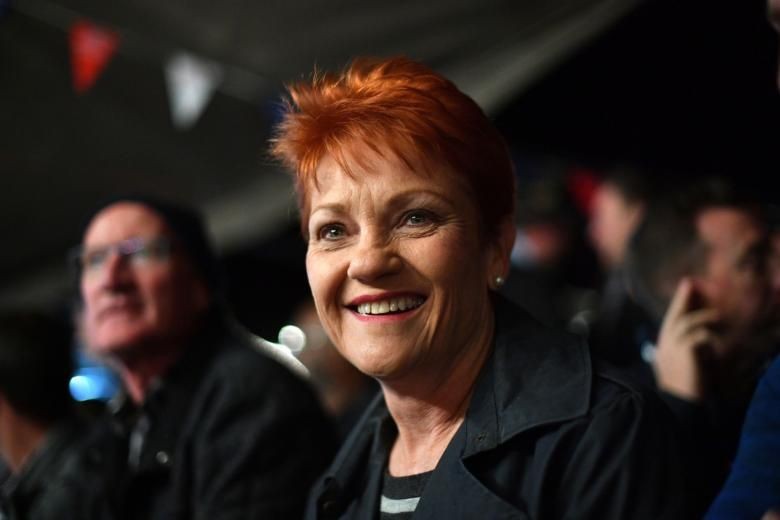 The resolution, tabled in the Senate on Monday, was drafted by populist firebrand Pauline Hanson and railed against what it described as "the deplorable rise of anti-white racism".
AFP

SYDNEY - Embarrassed officials scrambled on Tuesday (Oct 16) to explain how members of Australia's conservative government backed a parliamentary motion declaring "it is okay to be white", blaming the decision on an "administrative process failure".

The resolution, tabled in the Senate on Monday, was drafted by populist firebrand Pauline Hanson and railed against what it described as "the deplorable rise of anti-white racism".

The motion was narrowly defeated 31-28, with several government ministers voting in favour, including its top official for indigenous affairs.

It emerged on Tuesday that Attorney-General Christian Porter had issued instructions to senators from the governing Liberal party to back Ms Hanson's motion.

Following the vote, Mr Porter tweeted, "The Government Senators' actions in the Senate this afternoon confirm that the Government deplores racism of any kind."

The vote in favour of what many see as a white supremacist slogan sparked a furious backlash and demands for the resignations of ministers who backed the motion.

On Tuesday, Mr Porter issued a statement saying he had not been aware of an e-mail sent by his office advising senators to back the motion, which he said had been "interpreted in my office as a motion opposing racism".

Treasurer Mathias Cormann, who is the head of government business in the Senate, also tried to walk back the move.

"Yesterday, as a result of an administrative process failure, the government senators in the chamber ended up, on advice, voting in support of the motion," he said.

"I'm sorry that happened. This is indeed regrettable... It slipped through. It shouldn't have," he said.

Ms Hanson's One Nation party quickly fired back, saying the government had "woken with white guilt" to back down from their motion.

"If I had said it's ok to be black, every single senator in the chamber would have voted for it," Ms Hanson lamented in the statement.

Although one-in-two Australians has a parent born abroad, racial inequality and public discourse on the issue is fraught.

Australia's treatment of its indigenous population has long been a festering historical and political sore.

The Aboriginal population, who have occupied Australia for 50,000 years, were dispossessed of their lands by the arrival of settlers two centuries ago.

They remain among the most disadvantaged Australians.

They were believed to have numbered around one million at the time of British settlement, but now make up only about three per cent of the total population of 25 million.