NEW YORK - Bernard Madoff is dying of kidney failure and has fewer than 18 months to live, and is seeking to end his 150-year prison sentence for masterminding what prosecutors have called the largest Ponzi scheme ever.

In a court filing on Wednesday, Madoff's lawyer said the 81-year-old is confined to a wheelchair, often requires oxygen, and suffers from cardiovascular disease, hypertension, insomnia and other chronic and serious medical conditions.

Madoff, who has served 10-1/2 years of his term, is perhaps the most prominent federal prisoner to seek "compassionate release" under the First Step Act, a bipartisan law signed by US President Donald Trump in 2018 that lets some older prisoners end their sentences early, often for health reasons.

He had previously asked Trump to commute his sentence, but Trump had yet to act.

A spokesman for US Attorney Geoffrey Berman in Manhattan, whose office prosecuted Madoff, said that office will respond to the filing.

Madoff's request will be considered by Circuit Judge Denny Chin, who called his crimes "extraordinarily evil" when he imposed the 150-year sentence in June 2009, three months after Madoff pleaded guilty to 11 criminal counts.

Many victims came from the Jewish community, where Madoff had been a major philanthropist.

Madoff has been living at the federal prison in Butner, North Carolina, and moved recently to a medical facility there. 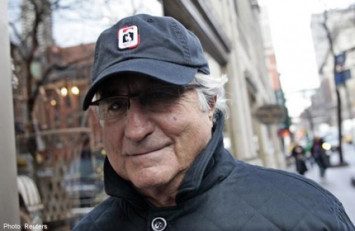 His lawyer, Brandon Sample, said in an interview that other prisoners referred Madoff to him, and that he visited Madoff at Butner last summer.

"Bernard Madoff is a broken man, and had a lot of personal loss," Sample said.

"That's not to diminish the impact of his crimes on his victims, but there are larger ideals at work when we consider whether to show compassion on someone in their final days."

Madoff has lost both his sons since being imprisoned. His older son, Mark Madoff, hanged himself with a dog leash in 2010, while Andrew Madoff died of cancer four years later.

Sample said Madoff would likely live with a friend if released, and spend his remaining time "with the few people left in this world who care about him."

Another longtime prisoner in deteriorating health, former WorldCom Inc Chief Executive Bernard Ebbers, was in December freed early from his 25-year sentence for orchestrating an accounting scandal at his phone company.

Ebbers died on Sunday at age 78.