Buckingham Palace must do better on diversity, royal source says

A guardsman walks outside Buckingham Palace in London, Britain, April 13, 2021.

LONDON - Buckingham Palace, which has come under fire from Queen Elizabeth's grandson Prince Harry and his wife Meghan for the way it deals with race, has not done enough to increase diversity among staff, a senior royal source has said.

In its annual report on the Sovereign Grant, which details the queen's taxpayer-funded spending, the palace said on Wednesday (June 23) that only 8.5 per cent of its staff were from ethnic minorities, the first time it has given such a breakdown.

"We recognise we are not where we would like to be," said the source, speaking on condition of anonymity.

"Her Majesty and members of the royal family have promoted and embrace the diversity of our nation and that of the Commonwealth, and we therefore recognise that our own workforce needs to reflect the communities that we serve. We haven't made the progress that we would like, and we can do better."

The palace says it aims to have 10 per cent of staff from ethnic minorities by the end of 2022.

In an explosive US interview with Oprah Winfrey in March, Meghan, the Duchess of Sussex, accused an unnamed member of the royal family of a racist comment.

Harry's elder brother William publicly denied that the family were racist, but the queen said the issue was concerning, and would be addressed.

In the run-up to the interview, the palace also said it would review staff allegations of bullying by Meghan, and she said she was saddened by the "attack on her character".

Michael Stevens, the queen's treasurer, told reporters at a briefing on the grant that the review was still in progress.

He also revealed that the queen's finances had taken a hit from the Covid-19 pandemic. 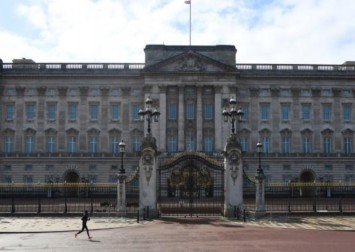 The core grant of 51.5 million pounds (S$97 million) is boosted by additional income, mainly from tickets to visit royal palaces. But this extra revenue fell by 53 per cent, to 9.4 million pounds, because of the pandemic.

However, the drop was offset by savings, and by 2.4 million pounds from Harry and Meghan to cover the renovation of their British home, Frogmore Cottage, which had been paid for by the Sovereign Grant before they gave up their royal duties to move to the United States, and to meet rental costs.

"The payment covers all their current obligations," Stevens said.

The pandemic did give the royals a chance to speed up a 10-year overhaul of Buckingham Palace, which is currently on schedule and within its 369-million-pound budget, Stevens said.