UTRECHT - Dutch police have arrested a Turkish-born suspect over a shooting on a tram in Utrecht that left three people dead in what officials said was a possible terror attack.

Police had earlier on Monday (March 18) launched a huge manhunt for Gokmen Tanis, 37, issuing a picture of the suspected gunman and warning the public not to approach him following the attack, in which five other people were wounded.

Mosques and schools were closed across the Netherlands' fourth-largest city following the bloodshed, before heavily armed officers surrounded a building and arrested him.

Dutch authorities said they were still investigating a likely terrorist motive for the shooting, but Prime Minister Mark Rutte said they "cannot exclude" other motives, including a family dispute behind the attack which he said had "jolted" the country. 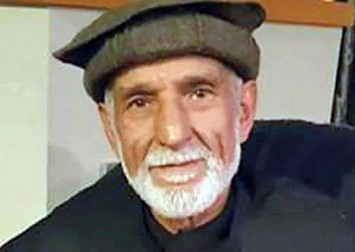 "There are many questions and rumours," he said. "It is unclear what the motives are behind this attack."

Utrecht police chief Rob van Bree told a dramatic press conference seconds after being handed a piece of paper with news of the arrest: "We have just heard that the suspect we are looking for has been arrested."

The city's mayor Jan van Zanen told the same news conference it was a "black day for Utrecht", while prosecution officer Rutger Jeuken said that "it looks like what we are dealing with is a terrorist motive".

The National Counter-Terrorism Agency "reduced the threat level for the province of Utrecht to level 4. Motive is the arrest of the main suspect of the shooting," it said.

The drama began when gunfire broke out on a tram near the 24 Oktoberplein square, sending people fleeing from the tram and triggering a huge police response.

Turkey's state-run Anadolu news agency, quoting relatives of the gunman, said he had fired at a relative on the tram and had then shot at others who tried to help her.

Another witness told Dutch public broadcaster NOS that he had helped an injured woman when the tram came to an emergency stop.

"I looked behind me and saw someone lying there behind the tram," he said. "People got out of their cars... and they started to lift her up.

"I helped to pull her out and then I saw a gunman run towards us, with his gun raised," he said. "I heard people yell 'Shooter! Shooter!' and I started to run."

The gunman then fled the scene, leading to the manhunt which lasted for much of Monday.

Mr Rutte had convened crisis talks on the incident which came three days after a lone gunman killed 50 people in mass shootings at two mosques in the city of Christchurch, New Zealand.

Local broadcaster RTV Utrecht said the suspect had a long history of run-ins with the police for both minor and major crimes, including a shooting in 2013.

Police spokesman Joost Lanshage, citing the investigation, declined to comment on the reports that Gokmen had a criminal record.

The Turkish intelligence agency is investigating whether the attack was personally motivated or an act of terrorism, Turkish President Tayyip Erdogan said in a televised interview.

A local businessman told BBC Turkish that Gokmen Tanis had previously fought in Russia's republic of Chechnya. Extremist groups, including those aligned with the Islamic State in Iraq and Syria (ISIS) group, have long operated in the region.

"He was arrested because of his connections with [ISIS] but released later," the businessman told the BBC.

Earlier, the head of Dutch counter-terrorism Pieter-Jaap Aalbersberg said shots had been fired at several locations, without elaborating, and Dutch television showed counter-terrorism units surrounding a house in Utrecht.

The shooting took place in Kanaleneiland, a quiet residential district on the outskirts of Utrecht with a large immigrant population.

"It's frightening that something like this can happen so close to home," said Omar Rahhou, who said his parents lived on a street cordoned off by police.

"These things normally happen far away but this brings it very close, awful." Witness Daan Molenaar, who said he had been sitting at the front of the tram when the shooting started, told national broadcaster NOS he did not believe it was a terrorist attack.

"The first thing I thought was, this is some kind of revenge or something, or somebody who's really mad and grabbed a pistol," he said.

The streets of Utrecht were emptier than usual and mosques in the city kept their doors closed on Monday, in part due to fears they might become targets following Friday's mass killings in Christchurch.

Helicopters hovered overhead in the usually tranquil medieval town and police screened off the site where at least one body lay covered near the tram.

Utrecht, the Netherlands' fourth largest city with a population of around 340,000, is known for its picturesque canals and large student population. Gun killings are rare in Utrecht, as elsewhere in the Netherlands.

A shooting occurred on the #24oktoberplein in #Utrecht. The incident has been reported at 10.45 hour. Multiple people have been injured. The surrounding area has been cordoned off and we are investigating the matter.

The police is investigating the shooting at the #24oktoberplein in Utrecht this morning. An possible terrorist motif is part of the investigation.

Threath level raised to 5, exclusively for the province of #utrecht untill 18 hrs. Perpetrator on the run. We cannot rule out terrorist motive. Follow local authorities for instructions.

Prime Minister Rutte said local elections would go ahead as planned on Wednesday but flags would be flown at half-mast.

Leaders from around the world, including French President Emmanuel Macron and Spanish Prime Minister Pedro Sánchez, offered their condolences.

European Commission President Jean-Claude Juncker said the EU "stands side by side with the Netherlands and its people during these difficult times."

The Netherlands has been largely spared the kind of attacks which have rocked its closest European neighbours in the past few years, but there has been a series of recent scares.

In August, a 19-year-old Afghan with a German residence permit stabbed and injured two American tourists at Amsterdam's busy Central Station before being shot and wounded. In September, Dutch investigators said they had arrested seven people and foiled a "major attack" on civilians at a major event in the Netherlands.

They said they had found a large quantity of bomb-making materials including fertiliser likely to be used in a car bomb.

The men were arrested in the cities of Arnhem and Weert.

In June, two terror suspects were arrested while close to carrying out attacks including at an iconic bridge in Rotterdam and in France, prosecutors said.

The men aged 22 and 28, who were of Moroccan origin, made a film at the Erasmus bridge in which they sang a martyrdom song, they said.