WASHINGTON - President Donald Trump's former personal attorney Michael Cohen said on Thursday he had agreed to testify publicly before a congressional panel on Feb. 7, as US House of Representatives Democrats began kicking off numerous investigations of Trump, his business interests and his administration.

Cohen said in a statement he had accepted an invitation to testify from Representative Elijah Cummings, the Democratic chairman of the House Committee on Oversight and Government Reform.

"I look forward to having the privilege of being afforded a platform with which to give a full and credible account of the events which have transpired," Cohen said. 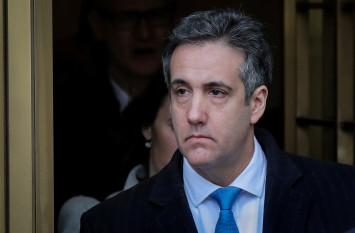 Cummings said the committee has no intention of interfering in ongoing criminal probes. He said, "To that end, we are in the process of consulting with Special Counsel Mueller's office."

Special Counsel Robert Mueller for many months has been investigating Russia's interference in the 2016 US presidential election, possible collusion between the Kremlin and the Trump campaign and potential obstruction of justice.

Russia has denied US intelligence agencies' findings that it meddled in the 2016 campaign, while Trump has denied any collusion with Moscow and called Mueller's probe a "witch hunt." The investigation has clouded Trump's presidency.

Cohen was sentenced in December to three years in prison for his role in making illegal hush-money payments to two women to help Trump in 2016 in violation of campaign laws, and for lying to Congress about a proposed Trump Tower project in Russia.

Cohen once said he would take a bullet for Trump, who called his former close confidante a "Rat" on Twitter in mid-December.

"Mr. Cohen has expressed an interest in telling his personal story in open session, and we welcome his testimony before the Committee on Oversight and Reform," Schiff said in a statement. 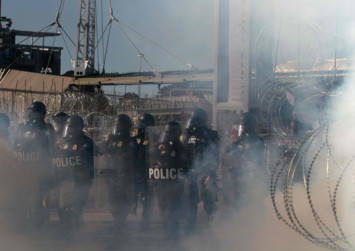 After Cohen was sentenced, Lanny Davis, an attorney who has been advising him on his media strategy, said Cohen wanted to speak publicly about Trump.

"I look forward to assisting Michael to state publicly all he knows about Mr. Trump - and that includes any appropriate congressional committee interested in the search for truth and the difference between facts and lies," Davis said in a statement at the time.

At a hearing last August in federal court in New York, Cohen testified that Trump had directed him to commit a crime by arranging payments before the 2016 election to two women who said they had engaged in extramarital affairs with Trump.