Scarlett Lewis holds a photo of her son, Sandy Hook mass shooting victim Jesse Lewis, during a roundtable discussion about school safety in the Roosevelt Room of the the White House Dec 18, 2018 in Washington, DC.

Families of schoolchildren gunned down in the 2012 Sandy Hook massacre can sue Remington Outdoor Co Inc, a Connecticut court ruled on Thursday, in a setback for gun makers long shielded from liability in mass shootings.

In a 4-3 ruling widely expected to be appealed to the US Supreme Court, Connecticut's highest court found the lawsuit could proceed based on a state law protecting consumers against fraudulent marketing.

"The Connecticut Supreme Court has blown a very large hole into the federal immunity for firearms manufacturers in lawsuits alleging criminal misuse of the products they sell," said Timothy Lytton, a law professor at Georgia State University and author of a book on gun litigation.

Remington did not immediately respond to a request for comment.

In a mass shooting that rocked the United States shortly before Christmas of 2012, a 20-year-old gunman killed 20 school children aged 6 and 7 in addition to six adult staff, using a Remington AR-15 Bushmaster rifle, a semi-automatic civilian version of the US military's M-16.

The families of nine of the victims and one survivor have said Remington, along with a gun wholesaler and local retailer, are partially responsible for the carnage at Sandy Hook Elementary School in Newtown, Connecticut, because they marketed the weapon based on its militaristic appeal. 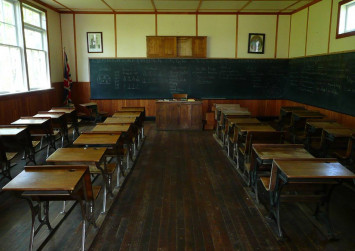 Josh Koskoff, one of the lawyers for the victims' families, said in a statement the families were grateful for the court's rejection of the gun industry's bid for complete immunity.

"The families' goal has always been to shed light on Remington's calculated and profit-driven strategy to expand the AR-15 market and court high-risk users, all at the expense of Americans' safety. Today's decision is a critical step toward achieving that goal," Koskoff said.

Leading gun control advocates such as Everytown for Gun Safety and the Brady Campaign applauded the ruling. The National Rifle Association, the powerful gun rights lobby, did not immediately comment.

NOT A SECOND AMENDMENT ISSUE

Should the case go before the US Supreme Court, where conservatives hold a 5-4 majority, it may not be affected by the constitutional protection for people to keep and bear arms under the Second Amendment.

Instead, it would depend on the justices' interpretation of the broader legal question of whether federal courts should generally be allowed to interfere in state law, experts said.

The 2005 Protection of Lawful Commerce in Arms Act, or PLCAA, has provided the US firearms industry an almost impenetrable defence against lawsuits by victims of mass shootings and gun violence, broadly shielding Remington and others such as American Outdoor Brands Corp, Sturm Ruger & Co and Vista Outdoor Inc from liability.

The families had tried to advance the case on a relatively novel argument in gun litigation based on the legal doctrine of negligent entrustment, an argument historically used when someone lends a car to a high-risk driver who then causes an accident.

The Connecticut court rejected that theory, instead saying the families could bring their claims under the consumer protection statute.

"Once we accept the premise that Congress did not intend to immunise firearms suppliers who engage in truly unethical and irresponsible marketing practices promoting criminal conduct ... it falls to a jury to decide whether the promotional schemes alleged in the present case rise to the level of illegal trade practices and whether fault for the tragedy can be laid at their feet," the judges said.

Three dissenting judges argued that the federal gun maker shield law did not include such an exception.

The National Shooting Sports Foundation, the firearm industry's trade association, agreed with the dissenters, saying the ruling was "at odds with all other state and federal appellate courts that have interpreted the scope of the exception."

Michael Moreland, a professor at Villanova Law School in Pennsylvania, said he expected gun victims to face a difficult legal battle given the broad federal protection for gun manufacturers.

The US Supreme Court has trended toward rejecting state law claims that are barred by federal law, he said.