FRANKFURT/BERLIN - German prosecutors charged former Volkswagen boss Martin Winterkorn with fraud on Monday (April 15) over his role in the carmaker's manipulation of diesel emissions testing, more than three years after the scandal came to light.

The German case comes nearly a year after the United States filed charges against Winterkorn, accusing him of conspiring to cover up the German carmaker's emissions cheating.

The prosecutors office in the German city of Braunschweig said in a statement that Winterkorn and four other managers faced charges. It did not give the names of the other four or say whether they were still employed by Volkswagen.

Winterkorn's lawyer, Felix Doerr, said he could not comment on the charges because he had been denied access to important case files.

A spokesman for Winterkorn, who resigned shortly after the scandal came to light and said at the time he was stunned by the scale of misconduct, did not respond to a request for comment.

Volkswagen admitted in September 2015 to having used illegal engine control software to cheat US pollution tests, triggering a global backlash against diesel and costing the carmaker 29 billion euros so far (S$44.3 billion). 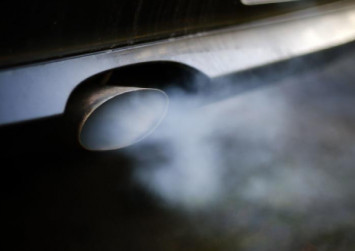 Volkswagen's current chief executive Herbert Diess, who only joined the carmaker in July 2015 and became CEO a year ago, said he was not among those charged.

"I am not among the accused. I do not expect to be charged," Diess said, speaking on the sidelines of the Shanghai auto show.

The events took place between November 2006 and September 2015, the prosecutors said, adding that Winterkorn had failed in his duty to inform European and US authorities after it became clear in May 2014 that diesel engines had been manipulated.

"Former Chief Executive Dr Martin Winterkorn is being charged with a particularly serious case of fraud, a violation of the law against unfair competition and breach of fiduciary trust," the prosecutors' office said in a statement.

He also neglected to inform customers of the illegal software and did not prevent the continued installation of such software, the prosecutors alleged.

They added that this had resulted in Volkswagen being slapped with much higher fines in Germany and the United States than would have been the case had he acted.

Criminal proceedings against the carmaker over the rigged tests had already resulted in a one billion euro fine in June last year, marking one of the highest ever punitive payments imposed by German authorities against a company.

Volkswagen said it would not comment because the company was not a party to the proceedings against individuals and that the Braunschweig criminal case against the company itself had been closed.

While Winterkorn has already been charged by US authorities, he remains in Germany, which does not typically extradite its citizens for prosecution in US courts.

In a related case, the US Securities and Exchange Commission (SEC) sued Winterkorn last month, saying US investors were informed too late about the Volkswagen diesel emissions scandal, alleging "massive fraud".

The Braunschweig prosecutors said people accused of particularly serious fraud could face up to 10 years in prison in Germany.

Alongside Winterkorn, four more managers were being charged on counts including major fraud and unfair competition, the statement said.

They said that investigations into another 36 suspects in the diesel emissions scandal were ongoing and it was unclear when they would be wrapped up.