Man wields surfboard to fight off shark in Australia

A surfer fought off a shark with his board after being bitten in the leg on Wednesday on Australia's east coast, authorities said, just days after a swimmer died in another attack.

The 43-year-old was surfing off popular tourist spot Shelly Beach in Ballina some 750 kilometres (460 miles) north of Sydney, when a shark ripped into his left calf, New South Wales state police said.

"It grabbed him on the leg and pulled him off the board. He used the board to belt the shark away," Ballina mayor David Wright told Sydney radio station 2GB.

Wright said the man suffered a 20-centimetre (eight-inch) cut to his leg, then "came into shore, wrapped his leg up" and was taken to hospital.

He added that the shark was believed to be about 1.5-metres long. Shelly and surrounding beaches were closed for 24 hours and authorities were trying to identify the shark species. 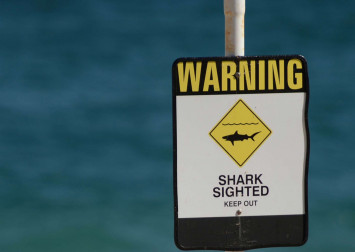 The latest encounter comes after a swimmer died late Monday following a shark attack in the Whitsunday islands off Queensland state -- the third such incident in two months at the tourist site.

Six sharks were captured using baited lines and killed by state authorities after the earlier attacks in September.

A Japanese surfer died more than three years ago at the same beach in Ballina after a shark bit off both his legs during a spate of attacks in the region.