US President Donald Trump gestures on the course of his golf resort, in Turnberry, Scotland, July 15, 2018.

LONDON  - The Scottish government should hold an investigation into how Donald Trump funded his purchase of two golf courses in Scotland, the country's parliament was told on Wednesday (Feb 3), a call one of the former US president's sons dismissed as "pathetic".

The Scottish Green Party said ministers should seek an "unexplained wealth order" (UWOs) against Trump over his acquisition of the golf courses and resorts in north and west Scotland.

In a debate his party called on the issue, Scottish Greens co-leader Patrick Harvie said there were longstanding concerns about Trump's financial conduct, describing the ex-president as "an untrustworthy dishonest, racist, conspiracy theorist" with whom Scotland should never have associated.

"Maybe some people think he should just go back to being the global joke that he was before he became a global threat," Harvie said.

"But people who abused political office, need to be held accountable."

Trump's son Eric, the executive vice-president of The Trump Organisation, said politicians should be focused on saving lives and reopening businesses.

"Patrick Harvie is nothing more than a national embarrassment with his pathetic antics that only serve himself and his political agenda," Eric Trump said in a statement. 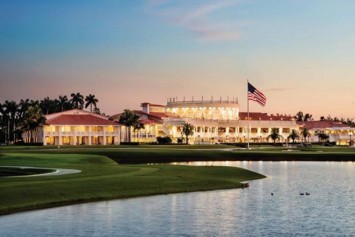 Britain introduced UWOs in 2018 to help authorities target the illicit wealth of foreign officials suspected of corruption and those involved in serious crimes. They merely compel an individual to explain the source of their wealth but can pave the way for authorities to seize assets.

Scottish ministers have the power to ask that a UWO be ordered by the Court of Session, Scotland's top civil court.

However, the orders have only been used sparingly by the National Crime Agency (NCA), which tackles serious crime, proving a legally difficult tool to wield.

Humza Yousaf, the Scottish justice minister, said Donald Trump was a "deplorable individual" but it was not for politicians to instigate such investigations.

"If we have evidence that there were illicit funds involved... we could look at one," a spokesman for the NCA said regarding the possibility of it seeking a UWO against the former US president.