Swedish climate activist Greta Thunberg is only 16 but she has riled several world leaders.

Teen climate activist Greta Thunberg gave back as good as she got Thursday after President Donald Trump dismissed her Time Person of the Year award with the snarky suggestion that she "chill" and go to the movies.

Trump joined Brazilian right-wing President Jair Bolsonaro and Russian strongman President Vladimir Putin on the list of world leaders who recently patronized the 16-year-old when he reacted to her Time honour.

"So ridiculous," 73-year-old Trump tweeted. "Greta must work on her Anger Management problem, then go to a good old fashioned movie with a friend! Chill Greta, Chill!"

Thunberg, who has shot to global fame since launching her "Fridays For Future" climate crisis protests, had a quick comeback.

"A teenager working on her anger management problem. Currently chilling and watching a good old fashioned movie with a friend," she wrote as her new Twitter bio.

Thunberg, from Sweden, is rapidly gaining experience in fending off barbs from unfriendly world leaders.

Putin described her in September as "kind," before adding dismissively that "no one has explained to Greta that the modern world is complex."

Thunberg soon changed her Twitter bio to: "A kind but poorly informed teenager."

She did the same thing earlier this week after Bolsonaro's jibe, switching her description to "Pirralha," the word he used, which translates roughly to brat or pest. 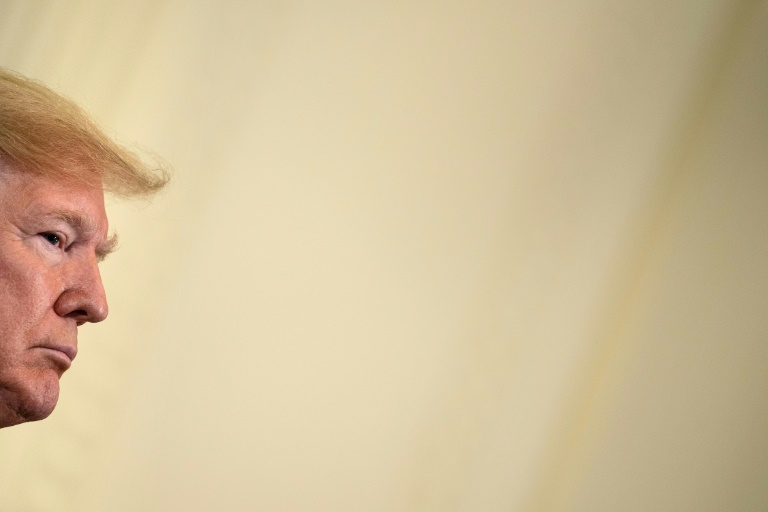 There's a "Greta club and a Donald club," he said. "There are plenty of people who want to see change, but it's incredibly hard because it's never fast enough for Greta, and it's always too much for Donald."

"I would like us to make our own club," he told students from a programme he launched two years ago to counter Trump's announcement that he was withdrawing the United States from the global Paris climate treaty. 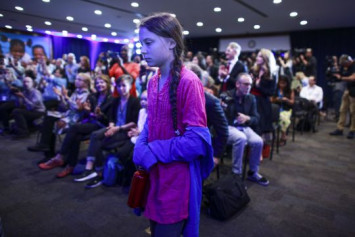 Trump appears not to believe the overwhelming consensus of scientists that the world faces fast-growing peril from manmade climate change. Jokes about renewable energy and rising sea levels are a staple of his speeches.

He also has something of an obsession with Time magazine, whose annual cover award is an institution dating back to record-breaking aviator Charles Lindbergh, named "man of the year" in 1927. 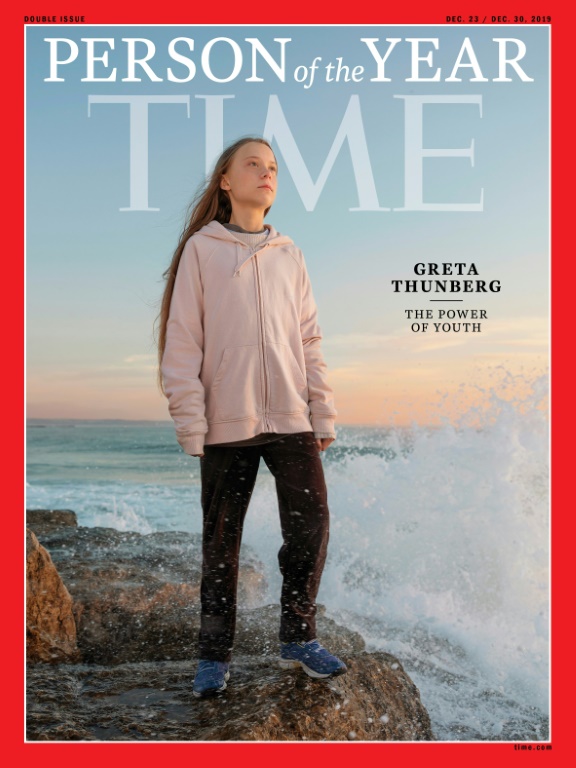 A relentless self-promoter through his decades in showbiz and real estate, Trump was finally selected by the magazine in 2016 after his shock upset win in the presidential election.

In 2017, Trump publicly aired his frustration with not being selected again when he said he was refusing to do an interview with Time because he'd been told only that he would "probably" be chosen.

Ultimately, it was a group of women from the "Me Too" movement against sexual harassment and abuse who were named that year.

This year's announcement, made Wednesday, saw Trump again listed as a runner-up.

Thunberg's campaigning began quietly in August 2018, when she started skipping class to stand outside Sweden's parliament every Friday with a sign labelled "School strike for climate." 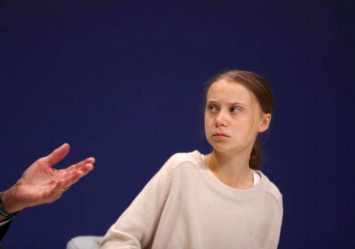 Since then, she has recorded an astonishing rise. She has even been touted for a potential Nobel prize.

At a UN climate summit in Madrid this week, Thunberg angrily accused rich countries of "misleading" the world over their response to climate change.

In perhaps her most iconic appearance, she attacked world leaders' inaction at another UN summit in New York in September, thundering, "How dare you?" 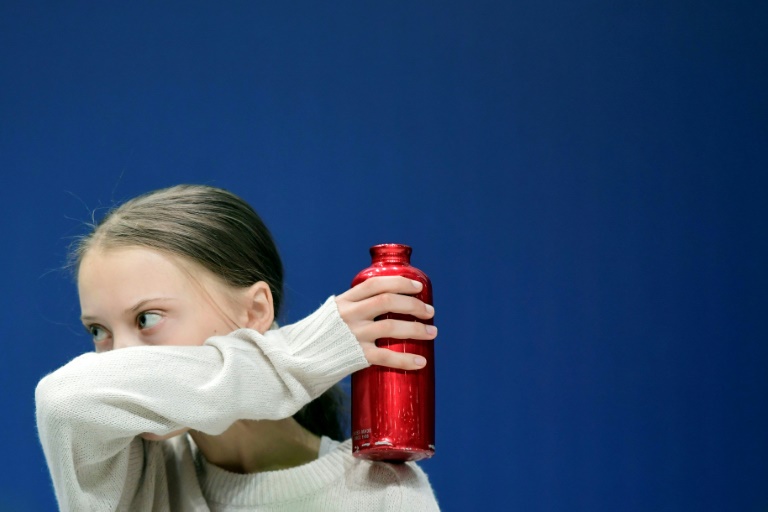 But Trump's dig at her had support from some.

"There's a reason we don't let people run for president until age 35. Greta is a good example," said Scott Adams, the creator of the Dilbert comic strip.

Thunberg and Trump have not met. But they were briefly in the same small room as they arrived for the New York summit, with video showing the teen glowering at the president as he passed by with his entourage.