WASHINGTON - US President Donald Trump said on Thursday (March 28) that the Department of Justice will "review" the case of actor Jussie Smollett, who was charged with staging a fake hate crime in Chicago before prosecutors abruptly dropped the case this week.

Trump wrote in an early-morning Twitter message announcing the review that the case had embarrassed the nation.

Smollett, who is black and gay, said two men attacked him on the street at night in January, making homophobic and racist remarks, pouring a chemical on him and putting a noose around his neck while shouting support for Trump.

Investigators later charged Smollett with paying US$3,500 (S$4,700) to the two men to pretend to attack him in order to garner public sympathy for himself.

Prosecutors dropped the charges on Tuesday, saying they stood by the accusation but that an agreement by Smollett to forfeit his US$10,000 bond was a just outcome.

Smollett, 36, says he is innocent and did not stage the attack.

Tina Glandian, one of his defence lawyers, told NBC News on Thursday that she was not concerned by the review.

"To my knowledge, nothing improper was done," she said in the interview.

She acknowledged that Smollett was friendly with the men he accused of attacking him, brothers Abimbola and Olabinjo Osundairo, and that he had spoken on the phone to one of them, who had been working as his fitness trainer, about an hour before the incident.

"He had a hard time believing his friend would be behind this," she said. 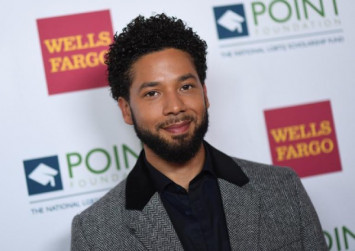 Asked about Smollett telling police his attackers appeared to be white, Glandian speculated that the brothers, who are black, may have worn whiteface make-up.

The brothers have not spoken about the case since police said they confessed to being paid to stage the attack.

The county prosecutors' decision stunned the city's police chief, prompted the police union to demand a federal investigation, and enraged Chicago Mayor Rahm Emanuel, a Democrat, who called it a "whitewash" that made a fool of the city.

Trump, a Republican, echoed those remarks on Thursday.

"FBI & DOJ to review the outrageous Jussie Smollett case in Chicago," Trump wrote on Twitter, referring to the Federal Bureau of Investigation and Department of Justice. "It is an embarrassment to our Nation!"

FBI & DOJ to review the outrageous Jussie Smollett case in Chicago. It is an embarrassment to our Nation!

The Department of Justice declined to comment or answer questions about the review.

The FBI has already had some involvement in the case, with agents investigating a threatening letter Smollett said he received prior to the attack, according to the Chicago Police Department.

The initial reports of two Trump supporters attacking a gay, black celebrity drew widespread sympathy for Smollett, particularly from Democrats. That faded quickly after the actor's arrest, and the case was seized on by some as an example of what Trump likes to deride as "fake news."

On Thursday, Mayor Emanuel said he would seek to have Smollett reimburse Chicago for the investigation costs, and rejected Trump's federal review, telling the president to "sit this one out."

Smollett is best known for playing a gay musician on the Fox drama Empire. His lawyers said he hopes to move on with his career, but it remains unclear whether he will return to Empire after being written out of the last two episodes of the most recent season.

Chicago's chief prosecutor, Cook County State's Attorney Kim Foxx, has defended her office's decision as proportionate to what she described as relatively minor charges, saying that even if Smollett had been convicted he would likely not have faced prison time.

Foxx recused herself from the case after acknowledging she had discussed it with a relative of Smollett.