WASHINGTON - Donald Trump insisted Wednesday he did nothing wrong after his longtime attorney implicated him in illicit hush payments made before the 2016 election, as experts warned the legal maelstrom swirling around the Republican leader could further threaten his presidency.

On perhaps the worst day of Trump's tumultuous time in office, his former fixer Michael Cohen told a federal judge Tuesday he had made illegal campaign contributions - in the form of payments to silence women alleging affairs with Trump - at his boss's request.

Cohen's statements came on a day of head-spinning political drama for Trump, whose former campaign chief Paul Manafort was found guilty within the same hour of federal tax and bank fraud, in the first case sent to trial by the special prosecutor probing Russian meddling in the 2016 election.

While the full implications for the real estate mogul-turned-president remain unclear, Cohen's statements - and the prospect of more revelations to come - puts Trump in legal peril.

But the mercurial US leader appeared determined to ride out the latest storm. 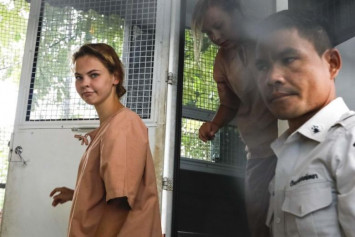 After first accusing Cohen of making up "stories" to cut a plea deal, he then tweeted that Cohen's actions were "not a crime," and went further in an interview with "Fox and Friends," saying they were "not even a campaign violation." In that interview, Trump said the hush payments were financed with his own money - to which Cohen had access - and that while he had no knowledge of them at the time, he had since been fully transparent.

"But they didn't come out of the campaign," he said. "They came from me and I tweeted about it." Despite Trump's defiant tone, Washington-based campaign finance expert Kate Belinski, of the Nossaman law firm, said to expect legal consequences for both Trump and his campaign - most likely in the form of a civil complaint before the Federal Election Commission.

Cohen has meanwhile pleaded guilty to two counts of violating campaign finance laws, along with six counts of fraud - identifying Trump as his co-conspirator when it came to the hush payments.

'HE DID NOTHING WRONG'

In a string of interviews early Wednesday, Cohen's own lawyer Lanny Davis took aim squarely at the president, dubbing him a "criminal." "He committed a crime," Davis told CBS News.

"If he were not president, he clearly would be indicted and jailed for that crime." In practice, an indictment is highly unlikely: since 2000, the Justice Department position has been that a sitting president is "immune from indictment as well as from further criminal process." And while the president could theoretically be impeached, it remains a remote prospect in a Republican-dominated Congress where even Democrats are focused on letting Robert Mueller's Russia probe play out.

But Cohen's co-operation with investigators may yet pose a wider threat. 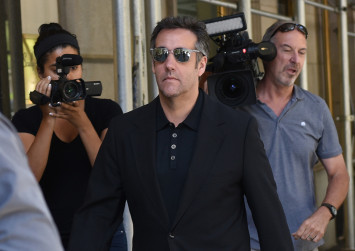 Writing on the Lawfare blog, former White House counsel Bob Bauer said the Cohen plea will resonate "unmistakably" with Mueller's investigation, "which also concerns what a candidate is prepared to do to win an election and then cover his tracks." "As (Richard) Nixon found when one of his lawyers also became a witness for the government, this can be the beginning of very hard times." The White House insisted Trump was not concerned "at all" that Cohen might implicate the US president by cooperating with Mueller.

"He knows that he did nothing wrong and that there was no collusion," White House spokeswoman Sarah Sanders said.

But Davis told CBS News that Cohen knew of election tampering efforts during the 2016 campaign that would be "of interest to the special counsel." .

Rather than cut a deal, Manafort chose to leave his fate to a jury, prompting speculation he was hoping for a pardon - something Trump has not ruled out.

After four days of deliberations, the 69-year-old was found guilty of eight counts of financial fraud.

Even as Manafort learned of his fate, the 51-year-old Cohen was revealing in Manhattan how he made hush payments "in coordination and at the direction of a candidate for federal office," and "with the purpose of influencing the election." Davis said Cohen was now determined "to put his family and country first and tell the truth about Donald Trump." Trump's response was to discredit Cohen - contrasting his actions with the "brave" Manafort.

"Unlike Michael Cohen, he refused to 'break' - make up stories in order to get a 'deal,'" tweeted the president.

"If anyone is looking for a good lawyer, I would strongly suggest that you don't retain the services of Michael Cohen!"