Trump fires US Secret Service chief in another high-level ouster

US Secret Service Director Randolph Alles participates in a news conference about "significant law enforcement actions related to elder fraud" in Washington, US.

WASHINGTON - President Donald Trump is removing the director of the US Secret Service, the agency that provides protection for him and other top US officials, the White House said on Monday (April 8), a day after the ouster of Homeland Security Secretary Kirstjen Nielsen.

The first sign of the overhaul came late on Thursday, when Trump abruptly pulled his nomination of Ron Vitiello as director of US Immigration and Customs Enforcement, part of DHS. Trump described that move as part of a policy change "going in a tougher direction". 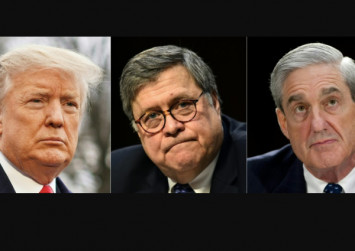 A senior administration official said Trump asked for Nielsen's resignation when the two met at the White House on Sunday.

Trump also announced that Kevin McAleenan, the US Customs and Border Protection commissioner, would become acting DHS secretary. One official described the firings to CNN as "a near-systematic purge" at the Department of Homeland Security.

Fox News cited sources as saying Alles' removal was part of a transition in leadership at DHS.

The removal of Alles marked the latest in a long line of firings and resignations of senior officials in the Trump administration, a list that has included the secretaries of state, defence, homeland security, interior, veterans affairs and health and human services, the attorney general and numerous senior White House aides.

Trump, seeking re-election in 2020, has taken a hard line toward immigration since becoming president in January 2017, and the issue may be a central theme in next year's race.

Nielsen, who oversaw Trump's bitterly contested immigration policies during her tumultuous 16-month tenure, resigned amid a surge in the number of migrants at the border with Mexico.

Her departure had been long rumored particularly after criticism of the administration's 2018 family separation policy at the border with Mexico and as US border officials estimated that 100,000 migrants were apprehended at the southern border in March, the highest level in a decade.

Trump was so frustrated about the increase that he announced he would cut off US aid to Guatemala, Honduras and El Salvador.