New York prosecutors investigating former US president Donald Trump’s business practices were likely to issue one or more criminal indictments this week – but not against Trump himself, according to people involved in the case.

Ronald Fischetti, a lawyer representing Trump, said on Monday (June 28) that based on discussions with prosecutors he expects “no charges” will be brought against Trump in the initial round of indictments.

After an almost three-year investigation of Trump’s property dealings, the initial charges by Manhattan District Attorney Cyrus Vance Jnr will focus mainly on whether Weisselberg and other company officials received corporate perks and benefits, such as rent-free flats and leased cars, that were not reported properly on their tax returns, according to several people familiar with the investigation.

The exact charges prosecutors are preparing were not known.

The indictments would be the investigation’s first against top officials at Trump’s company, marking a critical shift from investigation to prosecution.

Prosecutors have been pressing Weisselberg, 73, to cooperate with their probe and provide testimony, so far without success. An indictment would increase that pressure. Weisselberg is among Trump’s closest confidants, having worked for the company since 1973 when it was run by Trump’s father, Fred.

Trump’s lawyer, Fischetti, said the case is “embarrassing” and without merit.

“In my more than 50 years of practice, never before have I seen the District Attorney’s Office target a company over employee compensation or fringe benefits,” such as company cars or flats, said Fischetti, a long-time white collar criminal lawyer.

“They say their investigation is continuing but it’s a pretty shallow indictment for all that,” he said.

He said prosecutors have told him Trump himself will not be charged at this time – “at least not with what’s coming down this week” – but added the investigation was continuing. 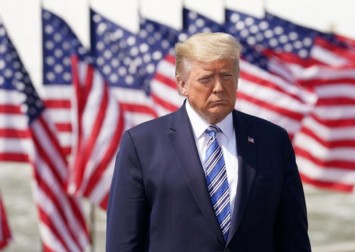 Trump released a statement Monday night attacking the prosecutors as “rude, nasty and totally biased” and his company’s actions “in no way a crime”.

“They continue to be ‘in search of a crime’ and will do anything to frighten people into making up the stories or lies that they want, but have been totally unable to get,” Trump said.

The wide-ranging criminal investigation has examined an array of potential wrongdoing, including whether Trump’s eponymous real estate company manipulated the value of its properties to reduce its tax burden and secure more favourable loans from creditors.

Michael Cohen, Trump’s former lawyer and fixer, testified to Congress that such practices were routine at the company. He has spoken multiple times with prosecutors.

More charges could be coming against the company or its officers in the weeks ahead, people familiar with the case said.

Since last fall, prosecutors have focused increasingly on the company’s use of perks and benefits as a form of compensation for corporate officials. 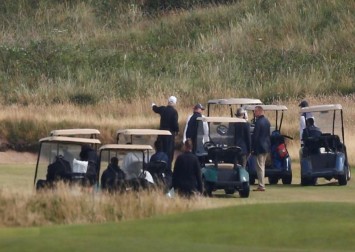 Jennifer Weisselberg, the ex-wife of Allen Weisselberg’s son Barry, has met with prosecutors a half-dozen times, most recently 10 days ago. She provided boxes of tax and bank records as well as financial statements, her lawyer said.

Barry Weisselberg also worked for the Trump Organisation, helping to manage two ice-skating rinks and a carousel in New York’s Central Park, all operated by the company under contracts with New York City. Those contracts have been terminated.

“Jennifer Weisselberg is continuing to provide prosecutors with a very wide range of documents and testimony, and was there during first-hand conversations about fringe benefits and other things, and is relaying conversations to prosecutors that she was privy to,” her lawyer, Duncan Levin, said.

Court filings, public records and documents subpoenaed in the investigation show that Allen and Barry Weisselberg received corporate perks and gifts potentially worth hundreds of thousands of dollars over their years with the Trump Organisation.

If they failed to account properly for that money on tax returns and other financial filings, it could put them in legal jeopardy. Many of the benefits reaped by the Weisselbergs revolved around real estate.

In 2005, Barry married and moved into a Trump-owned unit in a building overlooking Central Park. In a 2018 deposition tied to his divorce, Barry said he and his wife didn’t pay rent during the five-plus years they lived there. 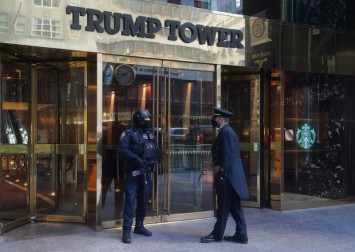 The couple’s tax returns, subpoenaed by the District Attorney and reviewed by Reuters, do not appear to account for the free rent as either compensation or a gift.

Similar units rented for several thousand dollars a month at the time, real estate data showed, putting the value of the free flat at around US$200,000 (S$270,000) over the couple’s residency.

After Barry’s divorce, he again moved into a Trump-owned flat, where he also lived rent free, court records showed. A lawyer for Barry Weisselberg could not immediately be reached for comment.

During their marriage, Barry and Jennifer Weisselberg enjoyed other gifts and perks provided by his father, raising questions about whether some of those benefits also may have flowed from the Trump Organisation.

When asked in his 2018 deposition if he considered that money to be a gift, Barry said he viewed the payments as “financial assistance”.

When he was questioned on whether former President Trump ultimately covered any of those costs or other expenses for the couple, Barry said, “I don’t know”.