Trump tweets are 'messages from some alternative universe': China Daily 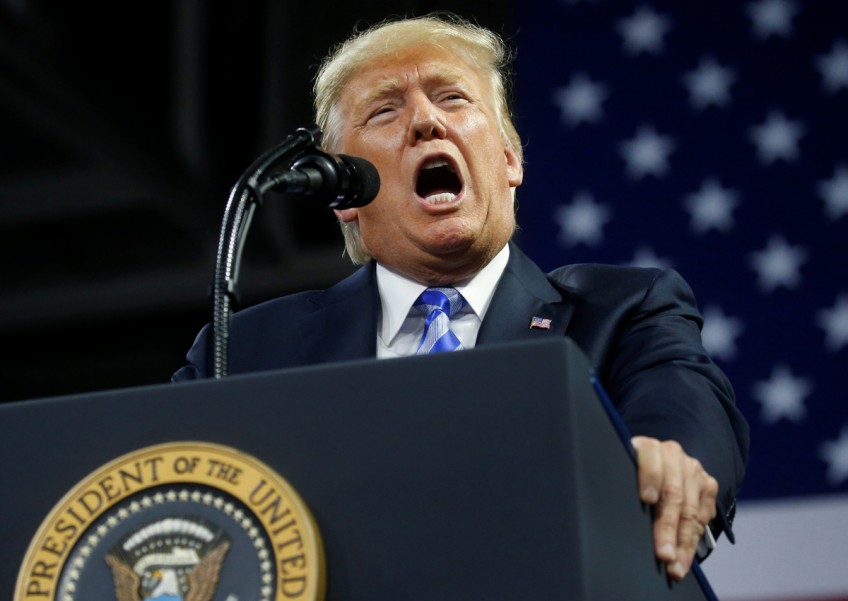 The strongly worded editorial also took aim at Trump directly, commenting: "To the thinking person, there are few things more disconcerting than a tweet by the US president as they initially seem to accord to reality but then quickly turn into messages from some alternative universe."

Trump said on Twitter on Wednesday that China hacked the emails of 2016 Democratic presidential candidate Hillary Clinton but did not offer any evidence or further information.

China's foreign ministry has denied Trump's allegation and the editorial accused him of "smearing China's image as he desperately needs a scapegoat in the run-up to the midterm elections, so he can divert public attention from the troubles the White House has become mired in".

Trump faces potentially difficult mid-term elections in November as his Republican party fights to retain control of both houses of Congress.

State media in China have in recent weeks adopted an increasingly aggressive stance against Trump as the world's two biggest economies have become engaged in an increasingly bitter trade war. That marks a shift from their previous approach of tempering any direct criticism against the US president.