Trump under pressure from Melania to fire top aide

WASHINGTON - President Donald Trump was under pressure from his wife, Melania, on Tuesday to fire his deputy national security adviser over what two sources close to the White House said was the way Mrs Trump's trip to Africa was handled.

Melania Trump's office took the extraordinary step of issuing a statement saying that Ricardel should be ousted. While first ladies historically have been known to pressure their husbands over official business, they do not typically issue statements about it.

"It is the position of the Office of the First Lady that she no longer deserves the honour of serving in this White House," Stephanie Grisham, the first lady's spokeswoman, said in a terse statement. 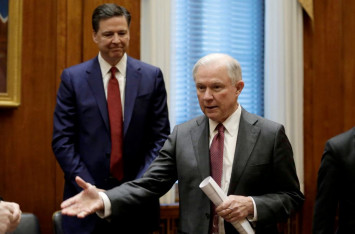 She gave no reason for why the first lady wanted Ricardel out but several officials said it was related to Mrs. Trump's trip to Africa in October.

The first lady had complained to the president that she was unhappy with how she was treated by Ricardel, a former Boeing Co (BA.N) executive who worked on the Trump presidential campaign and was picked by national security adviser John Bolton to be his deputy earlier this year, two other sources familiar with the White House intrigue told Reuters.

The sources did not elaborate.

A White House official, who spoke on condition of anonymity, said that Ricardel has never met the first lady. 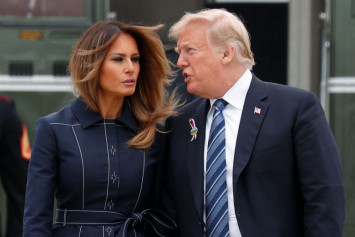 A smiling Ricardel had a prominent spot at the front of the room at a White House celebration marking Diwali, the Hindu festival of lights, on Tuesday.

Grisham's statement was issued shortly after that event ended. White House spokeswoman Sarah Sanders had no immediate reaction to the first lady's statement.

A source familiar with Ricardel's White House performance said she has run afoul of much of the NSC staff and "sort of alienated everyone" except for Bolton, who is currently travelling in Asia with Vice President Mike Pence.

Ricardel was also believed to have had a dislike of Defence Secretary Jim Mattis, current and former officials have told Reuters.

One of the sources familiar with the mood at the White House said tensions began building to a crisis point about a month ago and serious efforts were made to defuse the dispute.