US President Donald Trump saidon Wednesday he would be "very, very disappointed" with North Korean leader Kim Jong-un if reports that work is underway to rebuild a missile site are confirmed.

Speaking to reporters, Trump said "it's too early to see" if the information about work at the North Korean site is true.

Trump and Kim met last week in Vietnam to negotiate on getting rid of North Korea's nuclear arsenal, but the summit broke up early with no progress.

Researchers say that rebuilding of the facility in question has been underway since the summit and may have started before the Vietnam meeting. 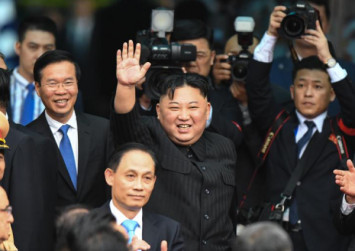 "This facility had been dormant since August 2018, indicating the current activity is deliberate and purposeful," said researchers at the Washington-based Centre for Strategic and International Studies.

Researchers said that the activity may be intended to "demonstrate resolve in the face of US rejection" of the North's request for an easing of sanctions in return for some dismantlement of nuclear weapons infrastructure.

Kim had agreed to close the Sohae missile-testing site at a summit with the South's President Moon Jae-in in Pyongyang, as part of confidence-building measures, and satellite pictures in August had suggested workers were already dismantling an engine test stand at the facility.

But CSIS said building activity is now "evident" at the Sohae Satellite Launching Station, from where Pyongyang launched satellites in 2012 and 2016.

In addition, Washington's North Korea envoy Stephen Biegun was to meet on Wednesday with officials from Japan and South Korea to discuss the outcome of the Hanoi summit last week, amid the new evidence that Pyongyang is rebuilding the rocket launch site.

Biegun was to meet separately in Washington with Lee Do-hoon, Seoul's chief nuclear envoy, and Japan's Kenji Kanasugi, with a three-way meeting also expected, according to the US State Department.