Shamima Begum has said she would like to return to Britain but has been stripped of her British citizenship by the government.

LONDON - A British teenager who fled to join the Islamic State in Iraq and Syria (ISIS) group in Syria is living in a refugee camp and wants to return home, the Times reported yesterday.

Ms Shamima Begum, 19, expressed no regrets about fleeing her London life four years ago but said that two of her children had died and, pregnant with her third, she wanted to return.

She left the militants as they staged their last stand in Baghouz in eastern Syria. Ms Begum married a Dutch convert after three weeks in Raqqa, Syria.

"I was weak. I could not endure the suffering and hardship that staying on the battlefield involved," she told the newspaper from the Al-Hawl camp.

"I was also frightened that the child I am about to give birth to will die like my other children if I stayed on. 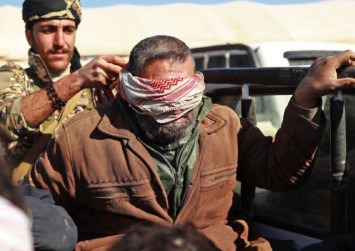 "So I fled the caliphate. Now all I want to do is go home to Britain."

On her life, she told The Times: "Mostly it was normal life in Raqqa, every now and then bombing and stuff.

"When I saw my first severed head in a bin, it didn't faze me at all. It was from a captured fighter seized on the battlefield, an enemy of Islam. I thought only of what he would have done to a Muslim woman if he had the chance."

She added: "I am not the same silly little 15-year-old schoolgirl who ran away from Bethnal Green four years ago. And I don't regret coming here."

Ms Begum was one of three girls from the same school in the east London district of Bethnal Green who ran away to join ISIS in 2015. Another girl from the same area left the year before.

One of the girls, Kadiza Sultana, was reportedly killed and the other two, Sharmeena Begum - no relation - and Amira Abase stayed on in Baghouz.