Destroyed facilities are seen at the Azovstal steel plant during the Ukraine-Russia conflict in the southern port city of Mariupol, Ukraine May 22, 2022.

KYIV — Ukraine's richest man filed a lawsuit against Russia at Europe’s top human rights court on Monday (June 27), seeking compensation over what he has said are billions of dollars in business losses since Russia's invasion.

Rinat Akhmetov, owner of the Azovstal steelworks in the city of Mariupol where Ukrainian fighters defied weeks of Russian bombardment, sued Russia for "grievous violations of his property rights" at the European Court of Human Rights, his System Capital Management (SCM) holding company said.

It said Akhmetov was also seeking a court order "preventing Russia from engaging in further blockading, looting, diversion and destruction of grain and steel" produced by his companies.

"Evil cannot go unpunished. Russia's crimes against Ukraine and our people are egregious, and those guilty of them must be held liable," SCM quoted Akhmetov as saying.

"The looting of Ukraine’s export commodities, including grain and steel, has already resulted in higher prices and people dying of hunger worldwide. These barbaric actions must be stopped, and Russia must pay in full."

Asked about the suit, Kremlin spokesman Dmitry Peskov said Russia was no longer under the jurisdiction of the European Court of Human Rights.

"We left the (jurisdiction of) relevant documents. Therefore, here the answer is absolutely obvious," he said. 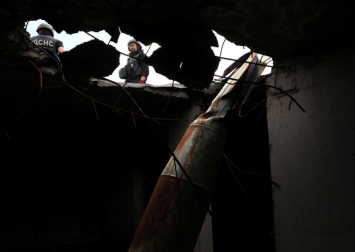 Russia has previously dismissed Ukrainian allegations of stealing from territories it has occupied during what it calls a special military operation in Ukraine.

Forbes magazine put Akhmetov's net worth at US$15.4 billion (S$21.3 million) in 2013. Since then, his business empire has been hit by Russia's Feb 24 invasion and by years of fighting in Ukraine’s east since Russia-backed separatists seized territory there in 2014.

Akhmetov said last month his company Metinvest, Ukraine's largest steelmaker, had suffered US$17 to US$20 billion in losses because of Russia's bombardment of its steel plants in Mariupol. The final amount would be determined in a lawsuit, he said.