Ukrainian foreign minister says ready to negotiate, but will not surrender

WASHINGTON - Ukraine was ready to negotiate to end the war started by Russia's invasion more than two weeks ago, but would not surrender or accept any ultimatums, the country's foreign minister Dmytro Kuleba said on Saturday.

"We will continue to fight. We are ready to negotiate but we are not going to accept any ultimatums and surrender", Kuleba said, adding that Russia was putting forward demands that were "unacceptable".

Commenting on the southern Ukrainian city of Mariupol, the Ukrainian foreign minister said it was besieged but still under Ukrainian control.

Russia's invasion of Ukraine that began late in February has resulted in over 2.5 million refugees, with western countries swiftly moving to isolate Russia from world trade and the global financial system as a result.

The foreign minister added that Ukraine needed more military supplies and that more steps were needed to hit the Russian economy despite recent sanctions. 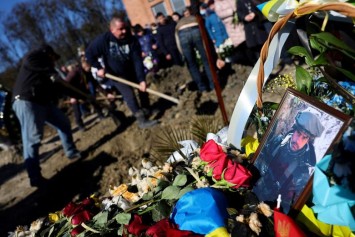 "If we had more planes we would have been able to save many more civilian lives mainly because the main striking force of Russia is in the air and they indiscriminately choose to attack. As we continue to fight we will need more and more weapons," Kuleba added.

Commenting on the role of Belarus, the Ukrainian foreign minister said he believed Belarus was not willing to send troops into Ukraine despite being under pressure from Russia to do so.

"I believe that (Belarus) President Lukashenko sees how, being aware of the casualties of the Russian army in the Ukraine, is not willing to send his troops into Ukraine. We understand that he is under enormous pressure from President Putin to do so", Kuleba said.

The Russian tactics being deployed in Ukraine were similar to what they used in the war in Syria, the foreign minister said.