Yulia Kuzyk, a 30-year-old Ukrainian woman from Kalush, Ukraine who came to Poland with her two sons, waits for a bus to return to her homeland, at a bus station in Warsaw, Poland on March 28, 2022.

WARSAW - More than a month after Russia invaded, many Ukrainian refugees in the European Union (EU) are facing a dilemma - whether to look for jobs and stay longer term, or risk returning to their homeland and the conflict, to be reunited with family that stayed behind.

For some it comes down to a simple decision of the heart.

"When all your life is back there in Ukraine, your soul aches," said Yulia Kuzyk, a 30-year-old mother from Kalush in western Ukraine, waiting for a bus to take her back to her husband, parents and friends who stayed.

Kuzyk said she was grateful for the help Poland provided, but the pressure to build a new life in a place where she had no friends was too big. Clutching her children she said she was afraid but ready to head back.

Since Russia invaded Ukraine the fighting has displaced more than ten million people and forced nearly four million to flee abroad, in

Europe's biggest refugee crisis since the end of World War Two, according to the UN refugee agency.

More than half arrived in the EU via Poland. Most of the others entered through Hungary, Slovakia and Romania.

While governments and volunteers have worked hard to accommodate them, many of the best housing facilities and jobs were taken by the first refugees to arrive, Ukrainians said. Options grew more limited in Poland the longer war dragged on.

Liudmyla Burlachenko, 43, was at Przemysl station on the Polish/Ukrainian border heading back to her native Odesa in southern Ukraine with five pet ferrets, after failing to find a flat or a job in Warsaw or Gdansk.

Despite the fighting that took place in Odesa, she believed her life would be easier there.

"It was scary and I am afraid now too, but I am already tired and want to go home," she said, adding it was calmer there now.

Dmytro Nosatch, 40, who was allowed to leave Ukraine with his family because he has three small children, said he would focus on trying to find work in the Czech capital Prague to support them.

"We will stay for a longer time here, because in my opinion, the conflict will take time and also nobody knows how things will be at home and whether there will be a home to return to," he said.

"I am trying not to think about it too much because it takes much energy from me, and I need to do what I can for my family like working," said Nosatch, who works as a therapist specialising in Asian medicine.

In a sign many Ukrainians plan to hunker down, the Czech Banking Association reported that refugees have opened 70,000 bank accounts since the start of the war and the number is growing rapidly.

Oksana, 48, who makes handbags and spent two weeks sheltering in the Kyiv underground to escape shelling said she would learn Polish.

"I will be looking for a job but I don't know if I will be able to find one."

Governments have provided financial assistance, housing and other measures to help refugees but officials have warned that absorbing the new arrivals is straining their capacities.

"I say openly that we need help from other countries at this point," Czech Interior Minister Vit Rakusan said on Tuesday (March 29).

Germany called on Monday for a more even distribution of Ukrainian refugees within the EU, and ministers have discussed providing transport to countries further west. 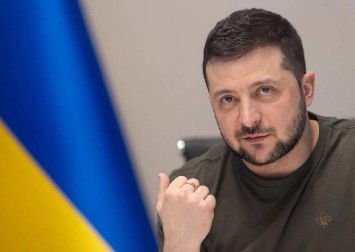 Volunteers working at train and bus stations in Warsaw said they estimated up to 20 per cent of Ukrainians coming through were returning home, some to western and southern Ukraine where the fighting was less intense.

"These refugees had a lot of difficulty coming to us. They saw that maybe they couldn't find what they expected here and that's why they're going back," Regina Slonicka, a former journalist and volunteer told Reuters.

Ukrainian and Russian negotiators met in Turkey on Tuesday for the first face-to-face talks in nearly three weeks.

Russia calls its actions in Ukraine a "special military operation" to disarm and "denazify" its neighbour. Kyiv and the West consider this a pretext for an unprovoked invasion.