Ahead of a crucial North American harvest, grain seeding delays have sparked worries about lower production.

CHICAGO — Mr Eric Broten had planned to sow about 5,000 acres (20.2 square kilometres) of corn this year on his farm in North Dakota, but persistent springtime rains limited him to just 3,500 acres in a state where a quarter or more of the planned corn could remain unsown this year.

The difficulty planting corn, the single largest grain crop in the world, in the northern US adds to a string of troubled crop harvests worldwide that point to multiple years of tight supplies and high food costs.

Russia's invasion of Ukraine, a major agricultural exporter, sent prices of wheat, soy and corn to near records earlier this year.

Poor weather has also reduced grain harvests in China, India, South America and parts of Europe. Fertiliser shortages meanwhile are cutting yields of many crops around the globe.

The world has perhaps never seen this level of simultaneous agricultural disruption, according to agriculture executives, industry analysts, farmers and economists interviewed by Reuters, meaning it may take years to return to global food security.

"Typically, when we're in a tight supply-demand environment, you can rebuild it in a single growing season. Where we are today, and the constraints around boosting production and (war in) Ukraine...it's two to three years before you get out of the current environment," said Mr Jason Newton, chief economist for fertiliser producer Nutrien.

UN Secretary-General Antonio Guterres said last week that the world faces an unprecedented hunger crisis, with a risk of multiple famines this year and a worse situation in 2023.

Ahead of a crucial North American harvest, grain seeding delays from Manitoba to Indiana have sparked worries about lower production.

A smaller corn crop in the top-producing US will ripple through the supply chain and leave consumers paying even more for meat than they already are, as corn is a key source of livestock feed.

Global corn supplies have been tight since the pandemic started in 2020, due to transportation problems and strong demand, and are expected to fall further.

The US Agriculture Department (USDA) expects end-of-season US corn stocks to be down 33 per cent from pre-pandemic levels in September before this year's harvest, and down 37 per cent in September 2023.

In North Dakota, corn would normally be at least knee-high by mid-June, but only about two-thirds of the state's crop had even emerged from the ground.

It was late May before Mr Broten was able to plant any corn, and he traded in his seed for shorter-season and lower-yielding varieties twice before finally deciding it was too late to plant more.

Ideally, he would have finished corn planting by the first week of the month. He could not wait any longer for fields to dry out.

"We were pushing the envelope, working ground that was way too wet, just trying to get a crop in," Mr Broten said, noting that wheel tracks are still visible in his corn fields where his farm machinery compacted the saturated dirt.

"Our production goals for the farm are going to be way down," he said.

The slow spring planting pace already forced the USDA to lower its national corn yield outlook last month by four bushels per acre. That cut alone slashed the US harvest potential by more than nine million tonnes, or equal to almost half of China's record US imports last year.

The Biden administration moved to encourage planting as a means to temper food price inflation, already the highest in decades.

The government lifted restrictions on planting on environmentally sensitive land, increased funding for domestic fertiliser production and made more counties eligible for insurance for planting a second crop this year

But the benefits have been minimal, as conserved acreage is limited and the soil can be less productive, while farmers are hesitant to risk double-cropping when seeds and crop chemicals are priced so high.

US farmers may also leave unplanted some 3.2 million acres earmarked for corn and instead file prevented-planting insurance claims that can compensate them when weather prohibits planting, according to University of Illinois economists.

An abnormally large share of prevented-planting corn acres will likely be in North Dakota, while crops that were planted have an "elevated risk of damage from an early-to-normal frost", the economists said in a report.

The problems extend north across the border in Canada, where heavy snowfall through April was followed by a May rainstorm that washed out Mr Gary Momotiuk's fields and forced him to relocate panicked cattle in the middle of the night. 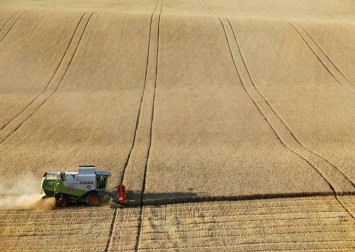 "It was just wild how high the water was," said Mr Momotiuk, 49, who farms near Dauphin, Manitoba. "It was probably the first time we could catch fish right in the farmyard."

In mid-June, Mr Momotiuk still had 1,200 acres unplanted. He abandoned plans to sow profitable canola and wheat crops because they would not have time to mature, and hoped to seed barley to feed his cattle.

Manitoba, the third-biggest provincial grower of spring wheat and canola in Canada, left 880,000 acres unplanted, the most in eight years and representing nine per cent of the province's insured farmland, according to its agriculture department.

Ms Cassandra Lepp, who farms near Rivers, Manitoba, said her family's custom application business planted crops by airplane for other farmers for the first time in a decade after the spring rain deluge.

Seeding by air enables farmers to produce a crop in challenging times, but the practice is costly and can lack the precision of traditional planting on dry fields, resulting in seeds that fail to germinate and lower harvest yields.

"It definitely seems like the weather is getting more extreme," Ms Lepp said. "We just have to pivot really fast."

Farmers may struggle to rebound from this season's challenges as costs for inputs, from fertilisers to fuel that runs farm machinery, remain elevated. Grain output may suffer if margin-squeezed farmers cut back.

Mr Scott Kay, vice-president of US crops for BASF SE, warned a shortage of herbicide that protects crops from weeds would likely persist.

Ukraine's grain output could take years to rebuild after fighting wrecked crop handling, storage and shipping infrastructure in a country that accounted for as much as 17 per cent of global corn exports and 11 per cent of wheat exports before the war. 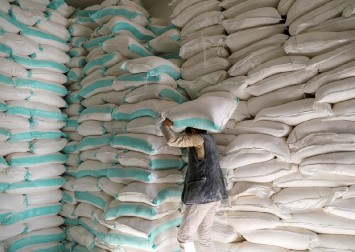 Efforts to slow climate change are driving up demand for crops to produce biofuels instead of food, and China is importing dramatically more grain as it runs out of new land for agriculture, he said.

Mr Juan Luciano, CEO of grain trader Archer-Daniels-Midland, expects global crop staples to remain in low supply for at least two years. The war will create a global wheat shortage for at least three seasons, according to Ukraine's agriculture minister.

But North Dakota's Mr Broten is more concerned about next year.

"We had opportunities to buy inputs at a decent price so those costs are not going to reflect this year's production nearly as much as next year's," he said. "I'm looking to see substantial increases in my cost of production for an acre of corn."