White House says it will not cooperate with impeachment inquiry

WASHINGTON - The White House said on Tuesday (Oct 8) it would refuse to cooperate with a "baseless, unconstitutional" congressional impeachment inquiry, setting Republican President Donald Trump on a collision course with the Democratic-led US House of Representatives.

An eight-page letter signed by White House counsel Pat Cipollone was sent to House Speaker Nancy Pelosi, the top US Democrat, and the Democratic chairs of the House intelligence, foreign affairs and oversight committees.

Pelosi argues the impeachment inquiry she launched is constitutional and that no House vote is necessary at this juncture.

The inquiry was started based on accusations from a government whistleblower that President Donald Trump sought Ukraine’s help in investigating Democratic rival Joe Biden.

The White House argued that the three other impeachment inquiries in American history, against presidents Andrew Johnson, Richard Nixon and Bill Clinton, all included House votes, and that this should serve as precedent for the impeachment of President Donald Trump. 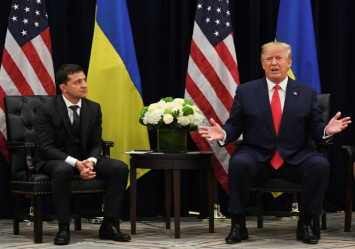 “Proceeding without a House vote is unprecedented in the history of our nation. In every prior occasion for a presidential impeachment inquiry there has been a vote of the House,” said a senior administration official, speaking as the letter was released.

The letter said Trump has been denied basic due process rights, such as to cross-examine witnesses, call witnesses to testify, receive transcripts of testimony, and have access to evidence.

“All of this violates the Constitution, the rule of law, and every past precedent,” the letter said.

It said the Supreme Court has recognised that due process protections apply to all congressional investigations.

"In order to fulfill his duties to the American people, the Constitution, the Executive Branch and all future occupants of the Office of the Presidency, President Trump and his administration cannot participate in your partisan and unconstitutional inquiry under these circumstances."

The letter came shortly after the Trump administration on Tuesday abruptly blocked a key witness in the Ukraine scandal from appearing before a congressional impeachment inquiry.

The US State Department said the US ambassador to the European Union, Gordon Sondland, a Trump political donor, would not be allowed to appear, even though he had already flown from Europe to do so.

Trump decried the Democratic-led inquiry into whether he abused his office in the pursuit of personal political gain as a "kangaroo court".

Democratic lawmakers denounced the move, calling it an attempt to obstruct their inquiry and said they would subpoena Sondland, to compel him to submit to questions. 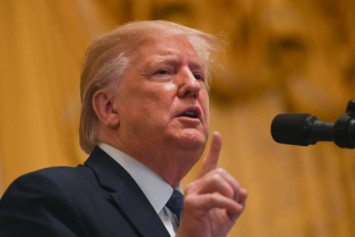 The State Department did not respond to requests for comment on why Sondland had been blocked from speaking to lawmakers just hours before his scheduled appearance.

The move was the White House's most aggressive response yet to the inquiry, which has cast a pall over Trump's campaign to win back the White House in 2020.

A whistle-blower complaint about a July 25 phone call in which Trump pressed his Ukrainian counterpart, Volodymyr Zelensky, to investigate his political rival, former Vice-President Joe Biden, prompted the inquiry.

The investigation could lead to the approval of articles of impeachment - or formal charges - against Trump in the House of Representatives.

A trial on whether to remove him from office would then be held in the US Senate. Republicans who control the Senate have shown little appetite for ousting Trump.