These tiny bags can barely hold a smartphone, let alone all the essentials you would find in a woman's handbag.

But in a six-minute video uploaded to Xiaohongshu last month that recently caught attention, Chinese model Ming Xi said she decided to buy a few for her one-year-old daughter Romee so the girl can use them in the future.

Pulling out the miniature Louis Vuitton bag, the 33-year-old said: "It's a really, really small bag and is super cute! I feel my daughter can use it in the future.

"It's very trendy to go retro nowadays, so I can buy a bigger Louis Vuitton Speedy and carry it together with her — I think that would be so cute!"

Ming Xi is married to 27-year-old Mario Ho, who is the son of the late Macau casino tycoon Stanley Ho.

They announced the birth of Romee on Nov 3 last year via Weibo, where the elated father wrote: "Our precious beloved daughter, the world welcomes you!"

Back in 2019, Ming Xi was reportedly gifted a $89 million mansion by her mother-in-law Angela Leong as a "reward" for giving birth to the couple's son Ronaldo, now two. 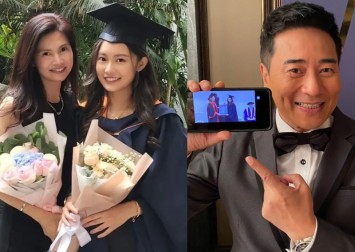 While Ming Xi was celebrating her haul, some netizens were instead irritated and envious of her blatant show of wealth.

"Some people are just born winners in life," one netizen said.

Another complained: "Why should a mother's happiness be based on the pain of her child? Those chains are so heavy, children should feel comfortable … I'm so sorry for your child, she has become your dress-up doll."

However, some comments expressed support for Ming Xi, even thanking her for being truthful in sharing her life with them.

One user who claimed to be a neutral party said: "I think these comments are being too sour. She's just sharing, I don't know why there are so many comments about living standards. Their family is wealthy, but they don't make a show about it every day… don't be a keyboard warrior."

In the video, Ming Xi also explained her reasons for buying these bags now, instead of years later when her daughter could actually use them.

"I'm afraid that once the trend passes then they won't produce it anymore, so I thought, 'I'd better quickly buy them!'" she explained.