One month after his ex-girlfriend Grace Chow wrote a shocking expose about his womanising and 'multi-player' sexploits, Taiwanese singer-host Show Lo has finally come out of hiding to address the scandal.

The 40-year-old — who was supposed to hold a press conference a few weeks ago but cancelled it suddenly — posted on his Weibo this morning (May 20) after a three-week hiatus, but it isn't another apology or an explanation of his actions.

It is instead a lengthy love letter to his ex, written in third-person and in a diary format dated from May 1 to May 20.

Netizens were quick to point out a few 'romantic' gestures, like how Show posted the letter today because the date '520' is considered the Chinese Valentine's Day online. He also made sure to post it at 9.12am since Grace's birthday is on Sept 12, and also that he wrote in Simplified Chinese — instead of Traditional Chinese used by the Taiwanese — for the Chinese internet celebrity's sake. 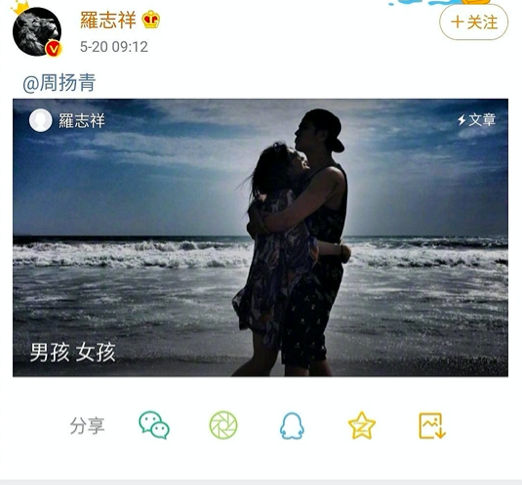 Titled Boy Girl, the letter — with photos attached — begins with how they first met, how he longed to see her again and nervously courted her, falling in love, and many of their happy memories together in their nine years together.

In the entry titled May 8, Show wrote: "A couple in a passionate relationship met each other more often and for longer hours each time, and so their feelings deepened quickly. But with it came reluctance and sadness when they had to part.

"Every time the night before they part, the two wouldn't sleep, choosing to hold each other tightly, chatting and watching movies. Even if it was for a short while, they still treasured it, because they didn't know when they would meet again." 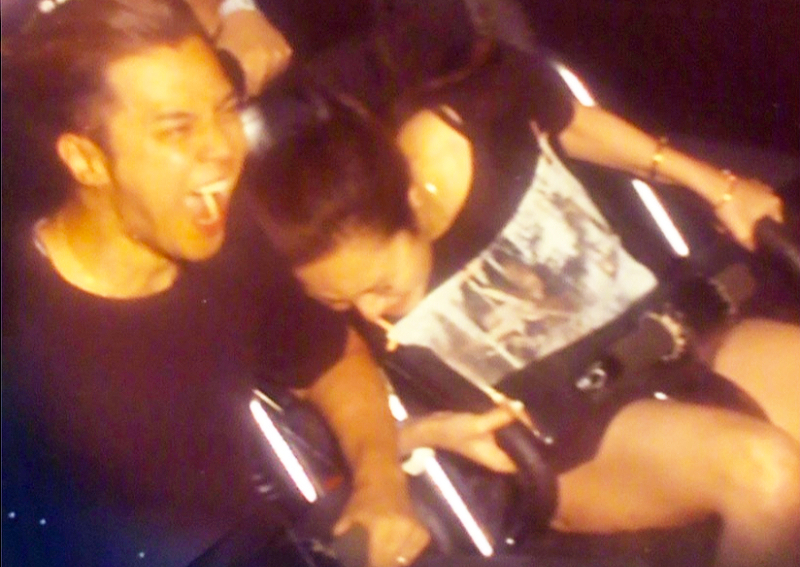 One of the personal photos Show shared of happier days with Grace. Here, they were on a roller-coaster ride while on holiday. PHOTO: Weibo/ 羅志祥

Another entry titled May 9 read: "(The boy) realised that no matter what happened, the girl was willing to jump out and shield the boy from it. Perhaps, this is the simplest form of happiness to the boy."

And finally in the last entry titled May 20, Show wrote: "Your unhappiness was caused by me… You've never let anyone see your weakness despite the pain I caused you all these years.

"During this period, I never stopped reflecting on myself. Because of what happened recently, I learnt better to face it bravely and not run away from it. I want to tell you again, I'm sorry, I was wrong." 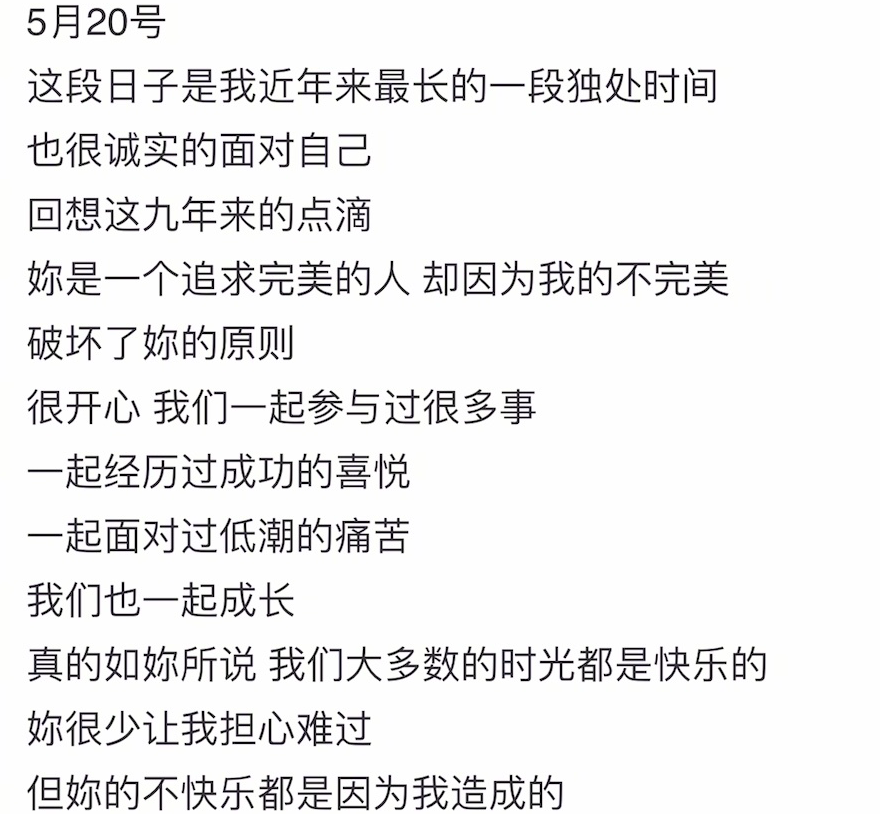 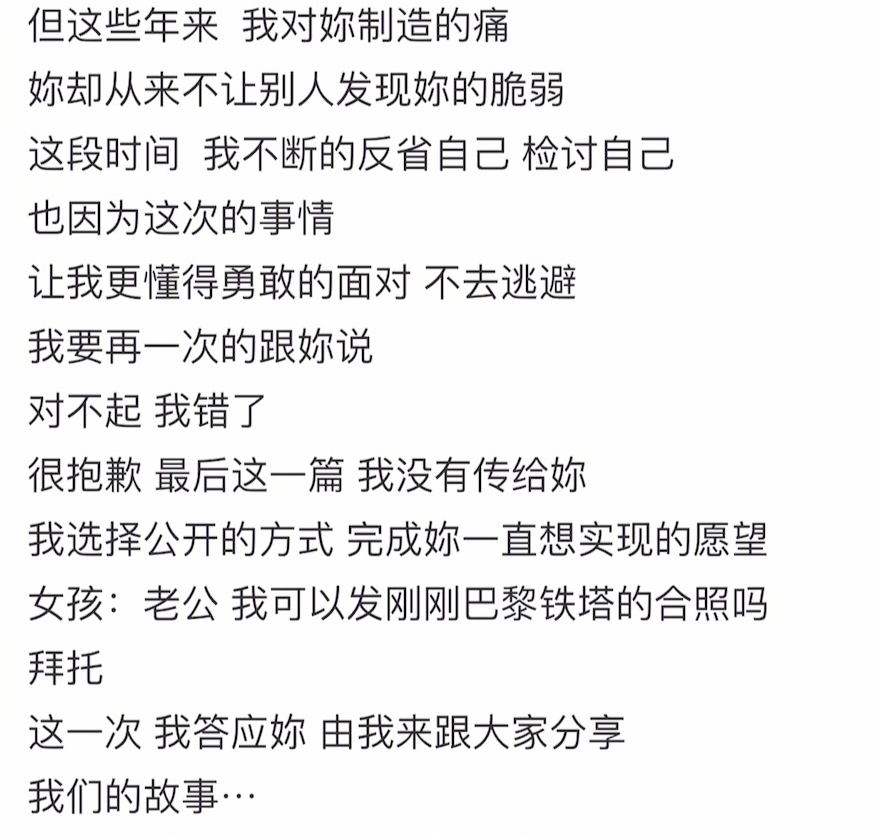 His post is now trending on Weibo, but netizens there are sceptical about his intentions. One said: "Is he trying to save his image by coming out as a lovelorn boy?"

Another said: "If he wasn't looking to patch up with her, he's looking to make a career comeback."

"If he didn't cheat on her, girls should be very touched when they read (the letter). But now, they will just think you are a bigger scumbag," another netizen wrote.

As of writing, Grace has not yet responded.