We shudder to think how life would have been the last two months if we didn't have Hyun Bin, Park Seo-joon, and Lee Min-ho to get us through the quiet nights.

But if you've already exhausted the offerings on Netflix — or you simply don't have a subscription — good news: you don't have to head to illegal streaming sites anymore.

Full series of K-dramas are available for free (freeeee!) on video streaming platform Viu, the catch being that you must have the patience to sit through the advertisements peppered throughout each episode. And there aren't just old dramas; 2020 releases are included too. Here's a list of the newest dramas you can catch: 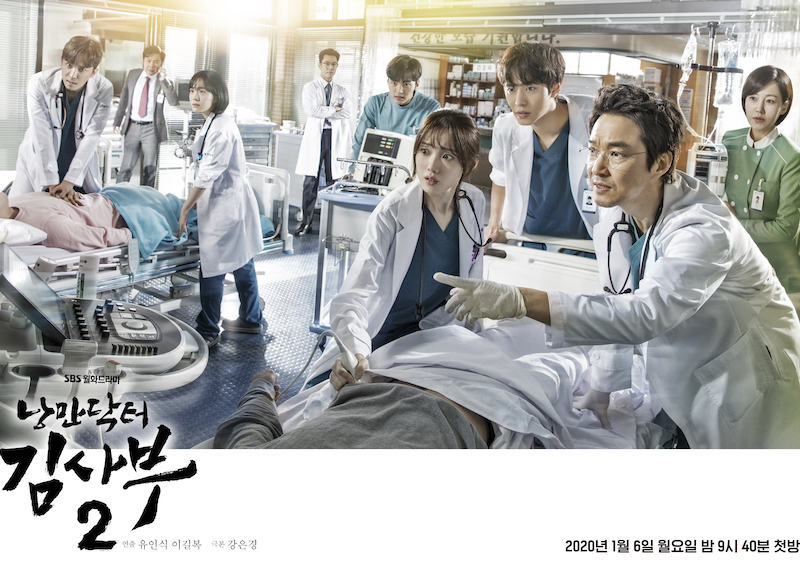 Following the successful run of its first season, Dr. Romantic (Han Suk Kyu) is back. The medical drama revolves around Doctor Romantic/Teacher Kim, a genius and eccentric doctor at Doldam Hospital in Gangwon Province, and his team Cha Eun-jae (Lee Sung-kyung) and Seo Woo-jin (Ahn Hyo-seop), who are both second-year fellows in the cardiology department. This season is set to reflect the anxieties and emotions of the younger generation. 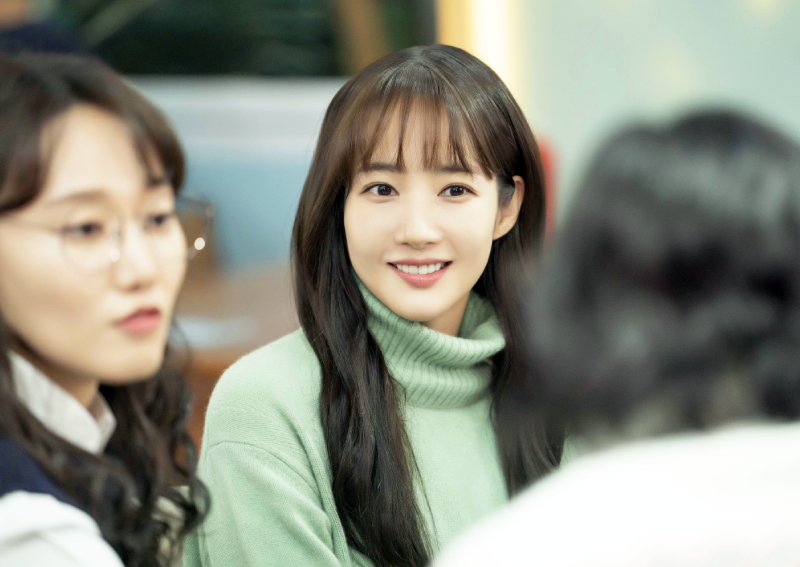 Cellist Mok Hae-won (Park Min-young) returns to the rural village in her hometown, having grown tired of the hustle and bustle of city life. Seo Kang-joon plays Im Eun-seob, a warm-hearted bookstore owner in the village. The two former high school classmates find themselves pulled to each other, as they change one another bit by bit.

ALSO READ: The best Korean dramas to expect on Netflix coming in 2020

When Tae-pyeong (Ok Taec-yeon) looks into someone's eye, he can see the exact moments right before they die. A girl is kidnapped and her disappearance may involve the notorious Midnight Killer. While Tae-pyeong helps the police with the investigation, he is stunned when he meets Detective Joon-young (Lee Yeon-hee) — the first person whose death he can't foresee. Both work together frantically to stop the Midnight Killer. 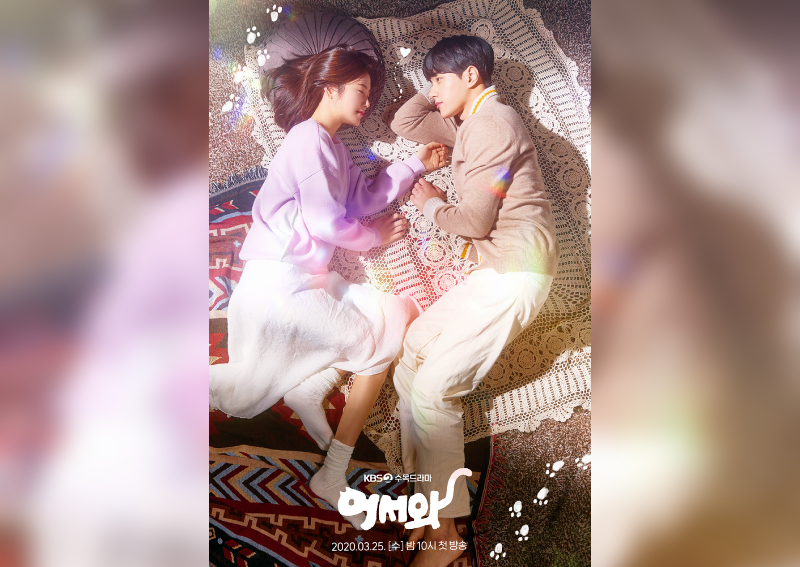 Sol Ah (Shin Ye-eun) works in a graphic design company with dreams of becoming a webtoon artist. She is sociable with puppy-like characteristics — she likes people and latches on to them to protect them. Sol Ah unwittingly brings a cat Hong Zo (Kim Myung-soo) home, not knowing it has the ability to transform into a human. Under the same roof, the two help each other navigate through life. Meow the Secret Boy is based on the popular webtoon series by Go A-ra.

Ji Hyeong-ju (Lee Joon-hyuk) is a police detective who endures the tough job out of sheer loyalty to his squad mates. However, he loses all motivation in life and spirals into despair when one of his colleagues passes away. Shin Ga-hyeon (Nam Ji-hyun), a popular webtoon artist, is the author of a thriller webtoon called Hidden Killer. Her life is a repetition of investigations and turning those stories into art, but she has her best friend and boyfriend by her side. Then, a sudden accident throws her life into a period of darkness. When both Hyeong-ju and Ga-hyeon are at their absolute lowest, they each get a phone call from a mysterious person who gives them the option of repeating the past year. What will they choose?

Detective Cha Young-jin (Kim Seo-hyung) at the Seoul Metropolitan Police Agency is still haunted by the death of her friend who was murdered 19 years ago by the infamous Stigmata serial killer. When the latter strikes again, she begins her hunt for the killer. 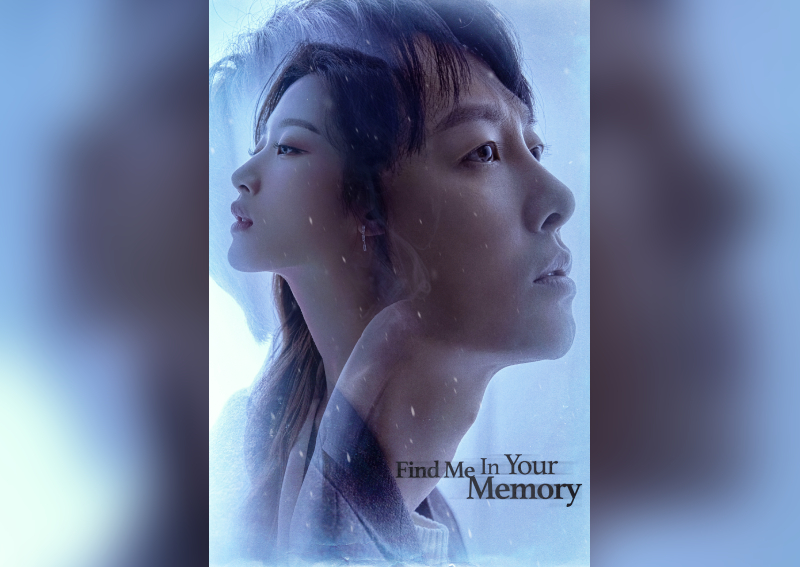 Find Me in Your Memory is a romance revolving around two people with similar scars. Lee Jung-hoon (Kim Dong-wook) is a news anchor in News Live, the top news station in South Korea. He is diagnosed with hyperthymesia, a condition that gives him the ability to remember an abnormally vast amount of his life experiences in vivid detail. Yeo Ha-jin (Moon Ga-young) is a controversial rising actress who lost a chunk of her life due to memory loss. Watch as the two fatefully cross paths one day and fall in love with each other.

As of writing, the last two episodes are only available to paid users, but a representative from Viu told AsiaOne they will be available for free viewing, typically 72 hours after premiering.

Baek Chan-mi (Choi Gang-hee) is a former legend at the National Intelligence Service (NIS), while Hwang Mi-soon (Kim Ji-young ) used to dream of being buried in the national cemetery as an ace agent. Meanwhile, Im Ye-eun (Yu In-young) just wants to be a proud mom to her child and never imagines leaving her desk job at the NIS. The three women are far from being star agents of the NIS, driven by their survival instincts rather than a sense of duty. However, they come together as a team of undercover agents and somehow manage to save the day in a comical, nonsensical, and even miraculous way.

As of writing, episodes one to eight are free to watch now, with newer episodes available first to paid users. However, a representative from Viu told AsiaOne that the upcoming episodes will usually be released for free viewing after 72 hours.

For quicker access to the new episodes and uninterrupted viewing, you can also sign up for a monthly subscription to become a premium member.